Louis van Gaal has given an injury update on Blind, De Gea, Di Maria, Carrick and Shaw ahead of Man Utd’s clash with Arsenal this weekend. See what he said. 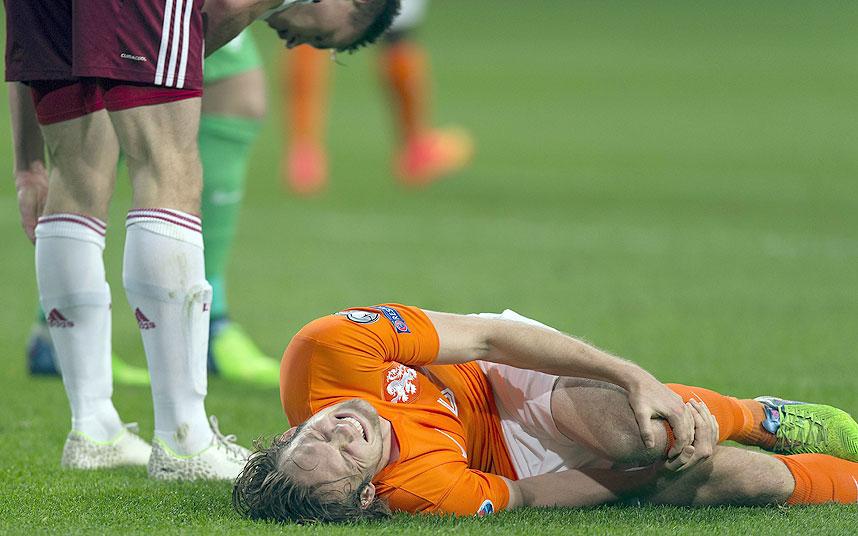 Manchester United get back to Premier League action this weekend when they take on Arsenal at the Emirates Stadium on Saturday evening.

Ahead of the game, boss Louis van Gaal has been speaking to the media at his pre-match press conference this afternoon and gave ManUtd.com a team news and injury update.

van Gaal has had to deal with a lengthy injury list all season and came into this week with as many as 12 players who were doubtful to make the trip to the capital this weekend but thankfully it appears the injury list could be subsiding.

The United boss confirmed that record signing Angel Di Maria is fit to play despite being forced off during Argentina’s 1-0 defeat to Portugal on Tuesday night following a late challenge from on-loan United winger Nani.

Goalkeeper David De Gea is also set to start after making a swift recovery from a dislocated finger which he suffered while away with the Spain squad last week while Michael Carrick is expected to shake-off a minor groin injury that he also picked up last week.

However, Luke Shaw is a major doubt after being forced off during England’s 3-1 win at Scotland on Tuesday night after tweaking a groin problem and van Gaal has revealed that Daley Blind is facing an extended spell on the sidelines with a knee injury he suffered playing for Holland.

Thankfully, the midfielders injury isn’t as bad as some reports had suggested immediately after the game, but United expect to find out the full extent of the problem when further scans are conducted in around 10 days time.

van Gaal also confirmed that he’ll have to make late checks on a number of players at Friday’s training session and although he didn’t name them specifically, the likes of Phil Jones, Jonny Evans, Radamel Falcao and Rafael could all face late fitness tests as they edge towards recovering from various injuries.

“It’s difficult to say if anyone is back because we have to wait for Friday’s training session to decide if they’re back,”

“But they’re not coming back in the squad – that’s a different thing. My philosophy is that you have to train at least one week with the squad, better two. But if you see our circumstances, we maybe have to bring players back to the squad.”

“Di Maria has trained today normally so I don’t think that is a question mark, but Shaw is. De Gea is good, no problem. I think I have to wait for the reaction in training with Carrick, but I also expect he’s ready to play.

“Blind is not ready to play. He has now a brace on his knee, 10 days’ rest, then we have to make another scan and we can say more about his injury. It’s not so bad as the doctors are thinking after the match, but it shall be a long story, I believe, but not six months or something.”

It will come as a huge relief for United to have Di Maria available as the Argentine has been a rare shinning light in whats been a difficult season so far, while De Gea’s early recovery from his finger injury is also a major boost as he’s arguably been United’s best player so far this campaign.

We’ll have to wait and see which of the defenders come through their late fitness tests but United will be hoping at least one of their centre-backs are passed fit as with Marcos Rojo certain to miss the game with a dislocated shoulder, van Gaal has few experienced options to call upon at the back.