Louis van Gaal has ruled Rafael and Phil Jones out of Manchester United’s clash with Arsenal at the Emirates Stadium on Saturday night due to on-going injuries. 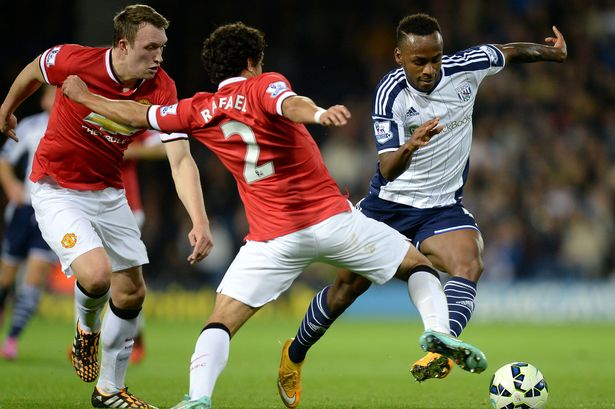 Manchester United will be in the capital this weekend as they take on Arsenal at the Emirates on Saturday evening.

Ahead of the game, boss Louis van Gaal has confirmed to the clubs Twitter account that defensive duo Rafael and Phil Jones will both miss the clash due to on-going fitness concerns.

Rafael has seen his season hampered by a series of niggling injuries with the 24-year-old missing the last month due to a groin injury picked up during United’s 1-1 draw with Chelsea at the end of October.

The Brazilian is back in full training and it had been hoped he could return to the first team fold for tomorrow’s game against Arsenal, but van Gaal has been forced to leave him out due to a lack of match fitness.

Phil Jones has also been restricted to just four appearances in the league so far and having returned from a month out with a hamstring injury, the defender picked up a shin problem during United’s 2-2 draw away at West Brom on the 20th October.

The injury has kept him on the sidelines ever since and although it’s thought he’s edging closer to making his return, van Gaal has also ruled him out of contention for the trip to North London this weekend.

With Jonny Evans and Marcos Rojo also out and Luke Shaw facing a late fitness test, it leaves United low on options at the back. Antonio Valencia is expected to start at right-back once again while Chris Smalling should be partnered by either Michael Carrick or Paddy McNair at centre-back, while Tyler Blackett is on stand-by to fill in should Shaw miss out.

Louis van Gaal has confirmed that #mufc defenders Rafael and Phil Jones are unavailable for selection against Arsenal.