Arsene Wenger is hoping to bring in three new signings this January as he looks to solve Arsenal’s defensive issues. Here are the targets the boss has in mind.

With the January transfer window fast approaching managers are formalising their plans to strengthen their squads ahead of the second half of the season, so we’ll bring you all the latest news and gossip. Today, Arsenal are linked with a triple swoop. 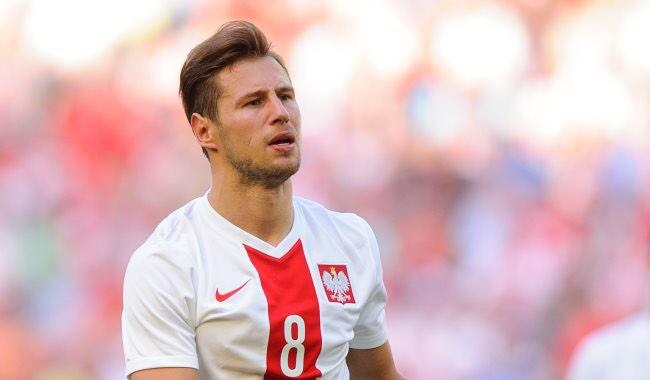 Arsene Wenger is hoping to bring in three new signings as he looks to solve Arsenal’s defensive issues this January, according to the Mirror.

A new holding midfielder is believed to be a top priority with Jack Wilshere facing months on the sidelines with an ankle injury while Mikel Arteta is also set for a lengthy lay-off after picking up a calf strain during last nights 2-0 win over Borussia Dortmund.

With Sami Khedira’s wage demands pricing him out of a potential move to the Emirates, the Mirror claim that Wenger has turned his attention to Polish international Grzegorz Krychowiak.

The 24-year-old has been putting in some excellent display for Sevilla this season and has supposedly impressed Arsenal scouts in recent months so Arsene is ready to make his move in January.

Everton’s James McCarthy is also understood to be a key target for the boss but Everton are unlikely to sell without a real fight so Krychowiak is viewed as the more realistic option.

The newspaper suggests that he’ll cost around £20m but there’s no guarantee Sevilla will agree to sell mid-season even if their valuation is met, so we may have to wait until the summer if the Spanish outfit dig their heels in.

There’s no doubt we need to bring in a mobile, dominant midfielder this winter as the addition of one would make a huge difference to this Arsenal team. He wouldn’t be my first choice, but Krychowiak would be a decent signing so if he’s the player Wenger wants, let’s hope we’re able to get a deal done.

It looks like the boss is also ready to address our lack of options at the back as the Mirror also claim we’re going to be in the market to sign two defenders in January.

Our inability to sign a replacement for Thomas Vermaelen in the summer has already cost us dearly as Nacho Monreal has been forced to fill-in as a make-shift centre-back while Laurent Koscielny has been out injured, so we certainly need to bring in at least one central defender this winter.

The report suggests that Wenger wants to sign an established name to immediately compete with Per Mertesacker while a young prospect is also on the agenda. A key target is believed to be Ipswich Town’s highly-rated full-back Tyrone Mings – who Arsene wants to convert to a centre-back – and the Mirror suggest we’ll table a formal offer for the 21-year-old in January.

I personally feel an established centre-back should be the priority as we have the likes of Isaac Hayden coming through the youth ranks, and we need a player who’s ready for first team football now and can make a real impact during the second half of the campaign.

If can could sign an experience central defender and a top class holding midfielder in January then the squad will be in great shape heading into the final few months of the season, but we’ll have to see what Wenger can come up with as he’s not been a huge fan of doing business in the winter window in recent years.