Liverpool take on Stoke City at Anfield on Saturday afternoon. Here is a preview with team news, likely line-ups, prediction and betting tips for the game.

Liverpool will be hoping to get back to winning ways when they entertain Stoke City at Anfield on Saturday afternoon.

The Reds have endured a miserable November, losing all three of their Premier League matches and have also picked up just one point from their two games in the Champions League.

Their poor form has seen the Merseysiders slip down the table with last weeks 3-1 loss at Crystal Palace leaving them way down in 12th place, so Brendan Rodgers will be desperate to get their season back on track and close in on the top four.

The omens are good for Liverpool as Stoke have failed to win at Anfield since 1959 and haven’t even scored a single league goal there since 1983. Mark Hughes side have also had a virus sweep through the squad this week, so it should be a great opportunity for the hosts to pick up three points.

Liverpool will continue to be without Mario Balotelli as he’s failed to recover from a groin injury which he picked up on international duty with Italy earlier this month.

With Daniel Sturridge also still out with a thigh problem, Rickie Lambert should once again lead the line up front and will be hoping to build on his good form which has seen his score two goals in his last two games.

Rodgers has confirmed he’ll have the same squad to choose from that drew with Ludogorets on Wednesday night, which means Mamadou Sakho is still not in contention.

The Northern Irishman has hinted he’ll keep faith with Kolo Toure and Lucas Leiva after being impressed by their performance in midweek.

As previously mentioned, several Stoke players have been struck down by flu this week with Asmir Begovic, Geoff Cameron and Phil Bardsley among those feeling the effects of a virus. However, the trio are expected to recover in time to feature at Anfield.

Erik Peiters should shake-off a calf strain while Marc Wilson is also expected to start after overcoming a hamstring problem, but Victor Moses has been ruled out for six weeks with a thigh injury and joins Robert Huth, Peter Odemwingie and Dionatan Teixeira on the sidelines. 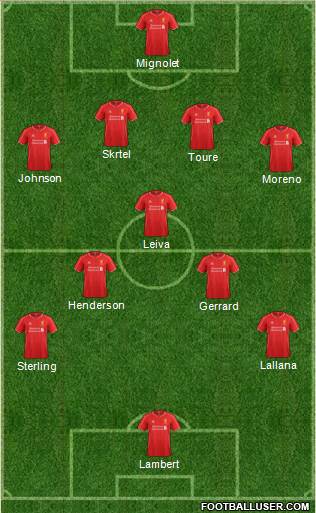 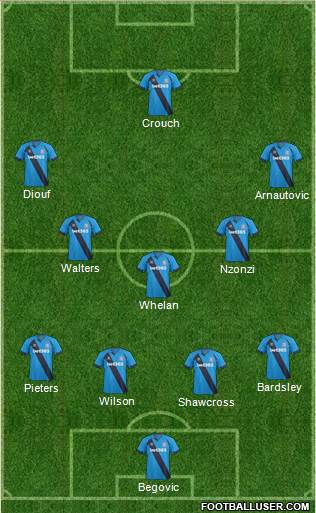 Liverpool 2-0 Stoke: History is on Liverpool’s side in this fixture and although there is just one point separating the two sides in the table, I think we’ll see the Reds get back to winning ways with a fairly routine win tomorrow.

Despite their poor form of late, Liverpool are the heavy favourites to win tomorrow with Betfair offering best odds of 8/11 – which may not attract much interest from the bettors. However, backing the home side to win 2-0 is on offer at 8/1 and I also like the look of Raheem Sterling to score first at 6/1. If we combine these two bets in a scorecast, we get a far more tempting odds of 25/1 – which has got to be worth a few quid.