With the January transfer window fast approaching managers are formalising their plans to strengthen their squads ahead of the second half of the season, so we’ll bring you all the latest news and gossip. Today, Arsenal are set to bid £16m for Everton midfielder James McCarthy. 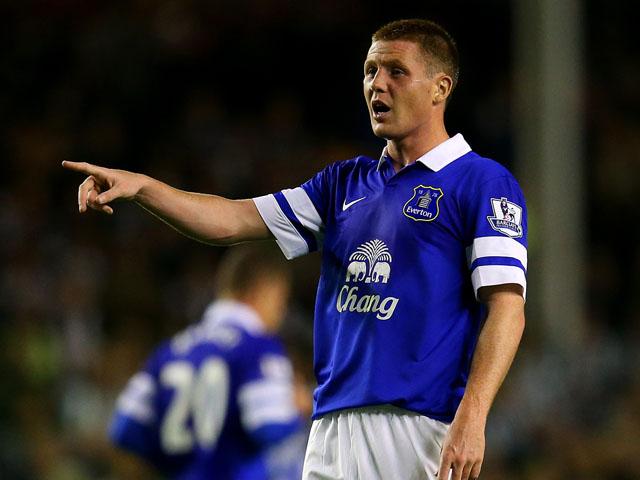 Arsenal boss Arsene Wenger is ready to test Everton’s resolve with an opening £16m bid for midfielder James McCarthy when the transfer window reopens in January, according to reports.

Central midfield has become something of a problem area for Arsenal over the past 18 months as Mikel Arteta has started to look his age with the Spaniard regularly exposed during the big games for his lack of pace and physicality.

This has led to large sections of fan-base calling for Wenger to bring in a new holding midfielder but the Frenchman failed to do-so during the summer despite being linked with a whole host of names throughout Europe.

Thankfully, it looks like the boss is finally ready to sign a young, mobile anchorman with the Daily Mail claiming we have identified Everton’s James McCarthy as a key target and will test the Toffee’s resolve with an opening £16m this winter.

Everton are desperate to keep hold of the 24-year-old and are expected to reject that offer but the newspaper suggests that Wenger is so keen to land McCarthy that he’s willing to pay well in excess of £16m to secure his services.

It remains to be seen how much the Merseysiders will hold out for, but due to their financial concerns they are unlikely to be able to resist should we put an offer in excess of £20m on the table in January.

McCarthy only moved to Goodison Park in the summer of 2013 for a fee in the region of £13m and has blossomed under the tutelage of Roberto Martinez, with the Republic of Ireland international now considered as one of the most dynamic and hard working holding midfielders in the Premier League.

I feel he’d be an excellent addition to the Arsenal squad and would be a superb long-term replacement for Mikel Arteta, so hopefully these reports are accurate and we make a serious move for his signature this winter.