Chelsea’s Brazilian midfielder Ramires has confirmed on Instagram that he’s currently out with a thigh injury but hopes to be back playing again soon. 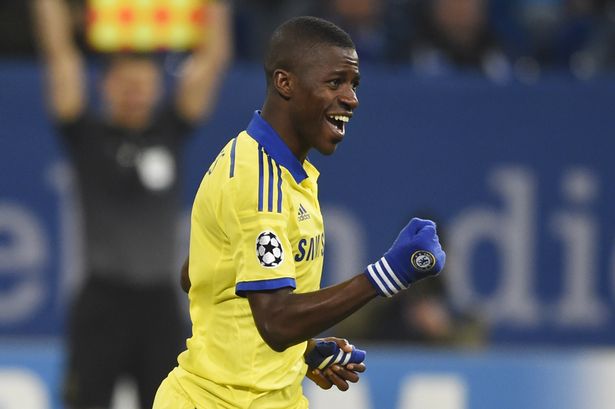 Chelsea midfielder Ramires has confirmed that he’s currently out with a thigh injury but hopes to be back playing again soon.

The Brazilian was absent from the Chelsea squad for last weekends 0-0 draw with Sunderland at the Stadium of Light and with Jose Mourinho insisting at his press conference that his squad had suffered no fresh injuries, it was though that Ramires had just been left out for tactical reasons.

The 27-year-old was expected to be back involved for Wednesday nights clash with Tottenham but he was once again not named in the 18-man squad, despite Mourinho once again telling reporters that his squad had a clean bill of health.

The mystery has now been solved as Ramires has taken to his official Instagram account to reveal that he’s missed the last two games because of a niggling thigh injury that in his words is being ‘very persistent’, but he hopes to be back soon.

The midfielder missed six weeks earlier in the season due to a troublesome thigh problem and it seems he’s finding it difficult to shake it off so Mourinho has given him time out to recover from the injury once and for all.

It looks like Ramires will once again sit out this weekends trip to St James’ Park to face Newcastle but Chelsea will be hoping he’s back soon ahead of the busy festive period as the West Londoners look to cement their position at the top of the Premier League.

Very sad for not having played the last two games because of a thigh muscle pain that is being very persistent and we don't wanna make it worse. But I am very happy to have seen up close our great victory over Tottenham! I hope to get better as soon as possible to get back on the field and help my teammates! Come on Chelsea!!!! Triste por não ter jogado as duas últimas partidas por causa de dores na coxa, mas feliz por ter acompanhado de perto a grande vitória que tivemos sobre Tottenham! Espero estar em melhores condições físicas o mais rápido possível para ajudar novamente meus companheiros! Come on Chelsea!