Man Utd will be looking to make it five wins in a row when they take on Southampton at St Mary’s on Monday. Here is the side I think Louis van Gaal will select: 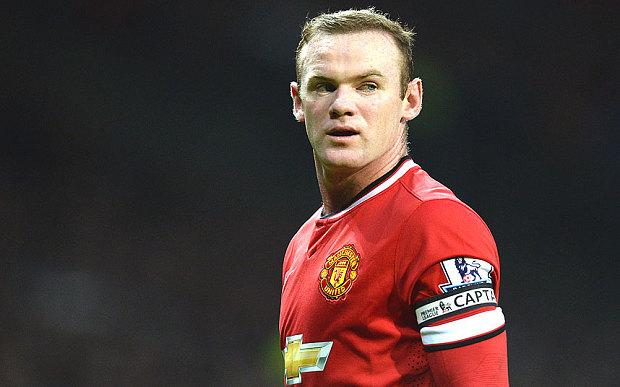 Manchester United will be looking to make it five wins in a row when they take on Southampton at St Mary’s on Monday night. Here is the side I think Louis van Gaal will select:

Goalkeeper: David De Gea has been United’s best player this season so there’s no doubt he’ll continue between the sticks tomorrow night.

Defence: United have been boosted by the return of Jonny Evans, who’s back in the squad for the first time in nearly three months and van Gaal may decide to throw him straight back in to action. With Luke Shaw out injured, Marcos Rojo could therefore move to left-back with Chris Smalling and Antonio Valencia making up the rest of the back four. Rafael may also be in contention if he can prove his fitness but I suspect he won’t be deemed fit enough to start just yet.

Midfield: Daley Blind remains on the sidelines with a knee injury so Michael Carrick will continue in the holding role with Marouane Fellaini expected to keep his place after seemingly playing his way in to van Gaal’s plans in recent weeks. Angel Di Maria is still out with a hamstring strain so Ander Herrera could keep his place in midfield.

Attack: Radamel Falcao is pushing for a start having made substitute appearances in recent weeks but I think van Gaal will give him more time to regain full match fitness after several weeks out with a troublesome calf complaint. Wayne Rooney is back after missing the Stoke win with a minor knee knock so he should resume his partnership with Robin van Persie, while Juan Mata should be deployed in the ‘hole’ behind the front two.

Here is how I think United will line-up this weekend: 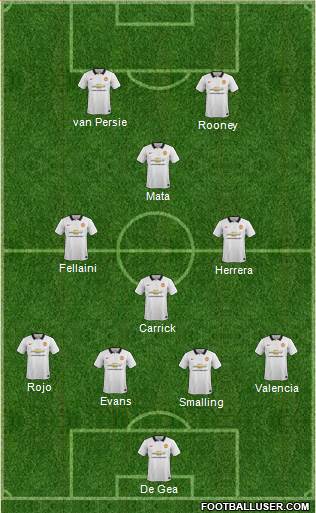