Manchester United have been handed a boost with Daley Blind given the all-clear to step up his return after having a positive scan on his knee injury. 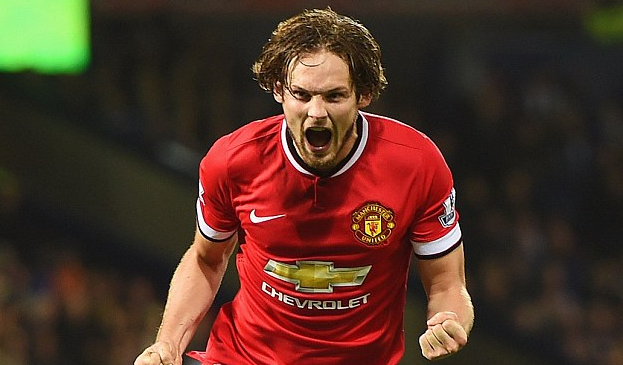 Manchester United have been handed a boost with Daley Blind given the all-clear to step up his return after having a positive scan on his knee injury, according to reports.

Blind has been on the sidelines for the last four weeks since damaging knee ligaments while away on international duty with the Dutch national team last month.

The 24-year-old was initially not expected back until after the New Year but he’s been progressing well in his recovery and Louis van Gaal said last week that the midfielder could be back in action before the turn of the year if his scan results were positive.

Well it seems United have now received some good news as Blind’s father, Danny, has revealed that the player is now set to push ahead with his comeback after being given the all-clear following his scan on Tuesday.

“On Tuesday he had a scan. Everything looked fine on the scan. Daley can really begin rehabilitation now but is still on schedule,” Blind senior is quoted as saying by the Daily Star.

It seems the midfielder is now close to returning to full training and the Daily Star claim that van Gaal has pencilled him in to make his first team comeback against Newcastle United on Boxing Day.

Obviously that will depend on the player not suffering any form of set-back when he does start full training again, but Blind’s return will be a huge boost to United as he made a positive start to life at Old Trafford following his summer move from Ajax.

United have now got their season back on track following a disastrous start to the campaign, with the 20-time champions moving up to third in the table following five consecutive victories, and van Gaal’s side will be even more of a threat now they are slowly getting their injured players back.