Liverpool take on Leicester City at Anfield on New Year’s Day. Here’s a preview with team news, line-ups, predicted score and betting tips for the game.

Liverpool will be looking to kick start the new year on a positive note when they take on Leicester Cit at Anfield on Thursday.

Brendan Rodgers’ side head into this game sitting eighth in the Premier League table following Monday night’s 4-1 win over Swansea so they’ll be hoping to further close the gap on the top four with a third consecutive win tomorrow.

Leicester have found life tough back in the top flight following promotion from the Championship last season but Nigel Pearson’s men gave themselves a crucial lifeline with a 1-0 win at Hull on Sunday.

However, that was their first win in 14 matches so they still find themselves three points adrift at the foot of the table and in desperate need of a positive result at Anfield.

Liverpool will be without the suspended Martin Skrtel after he picked up his fifth booking of the season against Swansea.

Dejan Lovren could come back in to replace him if he passes a late fitness test having missed the last two games with a groin strain.

Leicester will be without the suspended Paul Konchesky after his sending off at Hull so he joins injured trio Andy King, Kasper Schmeichel and Matthew Upson on the sidelines.

Jamie Vardy returns from suspension but may have to make-do with a place on the bench. 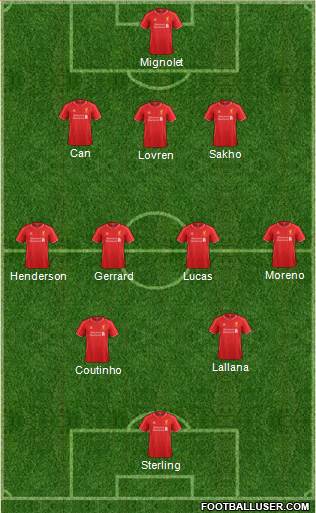 Liverpool 2-0 Leicester: Liverpool appear to be finding some form and I can see the Merseysiders making it three consecutive victories with a routine win tomorrow.

Liverpool are the heavy favourites to win but Football-Talk can get you enhanced odds of 4-1 on the Reds to win with Betfair. A 2-0 home win is also on offer at 8/1 while Raheem Sterling looks a decent bet at 4/1 to open the scoring. If we combine that with a 2-0 home win in a scorecast, then we get very tempting odds of 22/1. Surely that’s got to be worth a couple of quid!?