Liverpool have agreed terms with an exciting winger ahead of a potential €13m move to Anfield, according to reports. Find our who the player is here….

With the January transfer now open for business, managers are working hard to strengthen their squads ahead of the second half of the season, so we’ll bring you all the latest news and gossip. Today, Liverpool close in on the signing of Xherdan Shaqiri…. 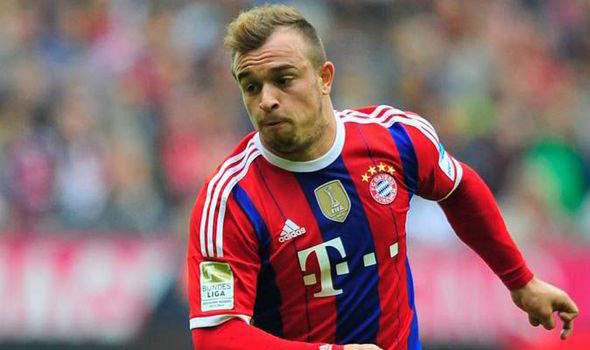 Liverpool have agreed terms with Xherdan Shaqiri over a potential switch to Anfield and now just need to strike a deal with Bayern Munich, according to reports.

Shaqiri has been at Bayern since joining the club from FC Basel in 2012 but his time in Germany hasn’t gone according to plan as he’s failed to establish himself as a first team regular.

The 23-year-old was strongly linked with a move to Liverpool during the summer transfer window and the Daily Star claim that he gave the ‘green light’ to a deal after agreeing personal terms with Brendan Rodgers’ men.

In the end, Shaqiri was forced to stay at the Allianz Arena as Liverpool were unable to agree a fee with Bayern and the Swiss international has continued to find first team action hard to come by – making just 9 league appearances so far this campaign, with many of those coming from the bench.

Shaqiri is now finally expected to find a new club this month and Liverpool have once again been strongly linked and the Daily Star are citing reports coming from Swiss newspaper Blick which claim that a verbal agreement is still in place from the summer.

It’s now down to the Reds to strike a deal with Bayern, however, that may be more difficult as Blick suggests that Liverpool are struggling to go above €13m (£10m) and face stiff competition from Juventus and Inter Milan – who are both keen on luring him to Italy.

Shaqiri proved his quality at the World Cup with his country and was excellent for FC Basel before moving to Germany, so I think he’d be an excellent addition for £10m if Liverpool were able to win the race for his signature.

Despite seemingly being on the scene for ages, he’s still only 23 so has his best years ahead of him and he can play anywhere across the front three positions, so he’d give Rodgers plenty of options in attack if he did make the move to Anfield.