With the January transfer now open for business, managers are working hard to strengthen their squads ahead of the second half of the season, so we’ll bring you all the latest news and gossip. Today, Man Utd are on alert over Thomas Muller… 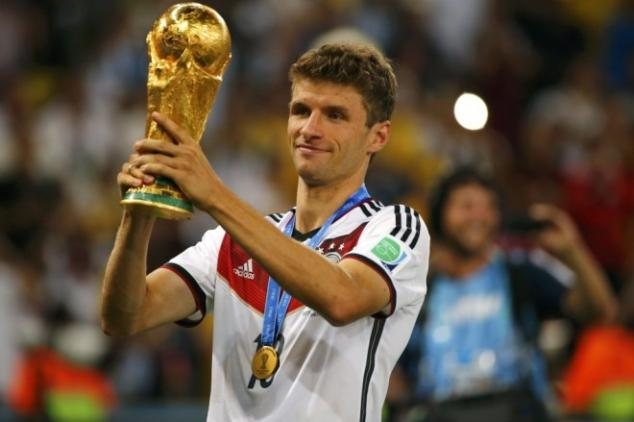 Manchester United have been placed on red alert over the availability of Thomas Muller after his agent sounded out Real Madrid about a potential €58m move, according to reports.

Muller has been with Bayern his entire professional career and has enjoyed huge success since becoming a first team regular in 2009, with three Bundesliga titles and a Champions League among his domestic honours.

The 25-year-old was strongly linked with a move last away from the Allianz Arena summer and was touted as a target for Louis van Gaal when he first took over at Old Trafford.

The Dutch boss knows Muller well from his time in Germany and the attacker had confirmed back in September that there was interest from Manchester United before he decided to sign an extension with Bayern.

“I know there was interest, but Man Utd were interested in a lot of players this summer.

“It never really got anywhere because I had just renewed my contract [until 2019], and Bayern were clear that they saw my future here. The decision for me was an easy one.” Muller is quoted as saying by the Express

However, it appears things may have changed in recent months as the Express are reporting that Muller is now considering looking for a new challenge and his agent has supposedly contacted Real Madrid to find out their level of interest of pursuing a €58 (£45m) deal.

The newspaper suggests that this news has alerted United as van Gaal would no doubt be keen on trying to tempt Muller to Old Trafford if he’s open to leaving Bayern.

United spent heavily in the summer but that spending is expected to continue, particularly in the summer if they qualify for the Champions League, and Muller would be a major coup if they could somehow pull it off.

The German is capable of playing up front as a No.9 or in any of the attacking positions, so his versatility would be a real asset to van Gaal, but I wouldn’t expect any potential move to happen until the end of the season, so we’ll have to see how things develop over the coming months.