Chelsea will be looking to tighten their grip at the top of the table when they entertain Manchester City at Stamford Bridge on Saturday evening.

The Blues booked their place in the final of the Capital One Cup with a narrow 1-0 win over Liverpool on Tuesday night but the game didn’t go off without it’s controversy.

Diego Costa was involved in a number of incidents throughout the match and the Spaniard will now miss the next three fixtures after his appeal against violent conduct was rejected by the FA today following his alleged stamp on Emre Can.

However, Jose Mourinho will need to put that to the back of his mind tomorrow as he looks to cement their position at the top of the league, with the West Londoners currently sitting five points clear of second-placed City.

A win tomorrow would open up an 8-point advantage with 15 games to play, which would put Chelsea in an excellent position to wrestle the title from City’s grasp.

However, on the flip side, an away win would blow the title race wide open, so Manuel Pellegrini will be desperate to get back to winning ways having suffered a shock 2-0 loss at home to Middlesbrough in the FA Cup last time out.

With Costa suspended, Didier Drogba is expected to lead the line for Chelsea tomorrow.

Cesc Fabregas took part in light training today so could pass a late fitness test on a minor hamstring strain that he picked up in midweek.

Branislav Ivanovic is expected to play despite suffering a cut foot against Liverpool but Filipe Luis could miss out with a calf strain, so Cesar Azpilicueta will start at left-back.

Cary Cahill is likely to miss out once again with Kurt Zouma keeping his place alongside John Terry at the back.

Man City have been boosted by the return to fitness of Samir Nasri but the Frenchman is only likely to be deemed fit enough for a place on the bench.

Defender Eliaquim Mangala will face a late fitness test on a shoulder injury, but Yaya Toure and new signing Wilfried Bony both miss out as they are away at the Africa Cup of Nations. 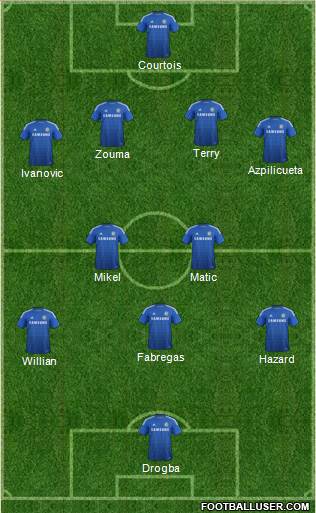 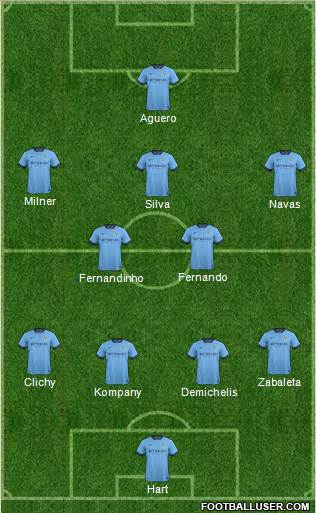 Chelsea 1-1 Man City: The Blues are the slight favourites and, Bradford aside, Jose Mourinho’s men have an excellent record at home. However, I think we’ll see City take what could be a valuable point away from the Bridge tomorrow.

I fancy a 1-1 draw which is on offer at 6/1 with Betfair, but if you want to pick a winner then take advantage of this excellent deal, with Football-Talk visitors able to get enhanced odds of 6/1 for a Chelsea win or 9/1 for Man City to win – while you can also win a £100 free bet bundle.