Liverpool take on Besiktas in the Europa League at Anfield tonight. Here’s a preview with team news, line-ups, predicted score and betting tips for the game.

Liverpool will be looking to secure a first leg advantage when they face Besiktas at Anfield in the Europa League tonight.

The Reds dropped into the Europa League having failed to qualify from the group stages of the Champions League with a 1-1 draw at home to Basel resigning them to a third place finish.

It ended what was a hugely frustrating campaign for the Merseysiders that saw them win just one of their six Champions League matches so Brendan Rodgers will be hoping to reignite their European form this evening.

Besiktas arrive at Anfield in excellent form with Slaven Bilic’s side undefeated in the Europa League this season while they also sit top of the Turkish Super Lig, so they should be full of confidence.

However, they will be well aware that the last time these two sides met, Liverpool thrashed them 8-0 in the Champions League back in 2007, but Bilic insists his team aren’t out for revenge tonight.

Raheem Sterling faces a late fitness test on a foot injury that’s kept him out of Liverpool’s last two games but I don’t think Rodgers will take any chances with him, so a place on the bench may be the best he can hope for.

Lazar Markovic starts a four-match ban but Jordon Ibe is set for a recall after being cup-tied for last weekends FA Cup win over Crystal Palace.

Steven Gerrard has been ruled out with a hamstring injury so he joins fellow midfielder Lucas Leiva on the sidelines. 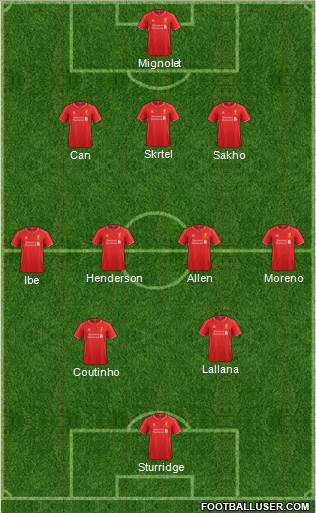 Liverpool 2-0 Besiktas: The Turks have already given both Arsenal and Tottenham difficult games in European competition this season and I think they’ll prove to be stubborn opposition again tonight, but I can see Liverpool grabbing a couple of goals to put them in control ahead of the second leg.

Liverpool are the favourites to win the game at best odds of 11/20 while our predicted score of 2-0 is on offer at 6/1. I also fancy Daniel Sturridge to open the scoring at odds of 7/2, and if we combine that with a 2-0 win then then we get very tempting odds of 14/1. Surely that’s got to be worth a couple of quid!?