Arsenal will be looking to continue their push for the top four when they take on Crystal Palace on Saturday. Here is the side I think Arsene Wenger will select 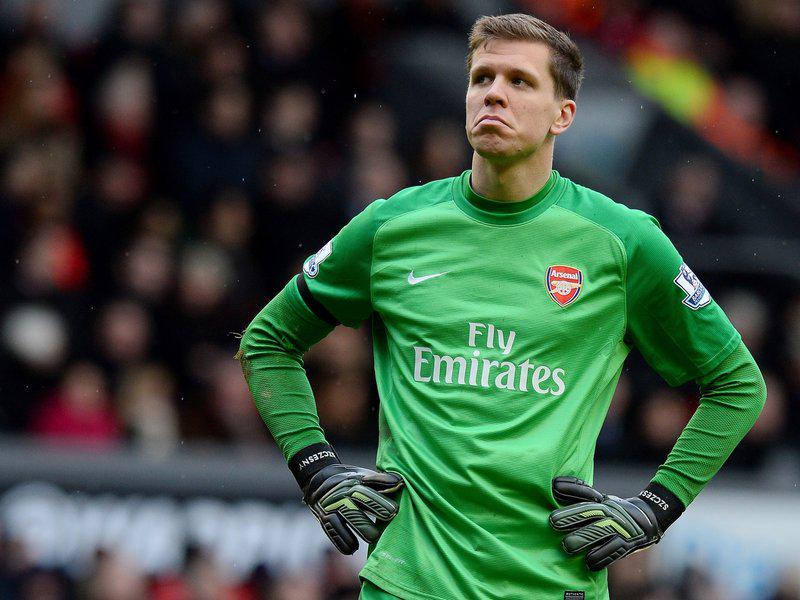 Arsenal will be looking to continue their push for the top four when they take on Crystal Palace at Selhurst Park on Saturday. Here is the side I think Arsene Wenger will select:

Goalkeeper: The boss recalled Wojceich Szczesny for last Sunday’s FA Cup win over Middlesbrough but he had very little to do during the game so is unlikely to have done enough to convince Wenger he deserves the No.1 shirt back from David Ospina.

Defence: Gabriel Paulista impressed on his debut last weekend but he’s unlikely to be risked in a tough Premier League away game just yet so Per Mertesacker is expected to be recalled alongside Laurent Koscielny. Kieran Gibbs was excellent on his return to the side so he could keep his place at left-back ahead of Nacho Monreal. Hector Bellerin is a doubt with a minor ankle injury so Calum Chambers could start on the right if the Spaniard fails his late fitness test tomorrow.

Midfield: Francis Coquelin is likely to be recalled in place of Mathieu Flamini in midfield but otherwise the boss doesn’t have too much room to change things around. Aaron Ramsey is still out with a hamstring injury while Mikel Arteta continues to nurse a calf problem. Jack Wilshere should return to the squad but after three months out, he’ll likely to be named on the bench. Alex Oxlade-Chamberlain returned to full training today but Saturday’s game may come too soon, so Santi Cazorla and Mesut Ozil could continue their partnership in midfield after both impressing against Boro.

Attack: Alexis Sanchez has showed no ill-effects after being risked against Middlesbrough last weekend while Olivier Giroud is expected to continue up front after scoring a classy brace last time out. The one change Wenger could make in attack will see Theo Walcott recalled in place of Danny Welbeck. 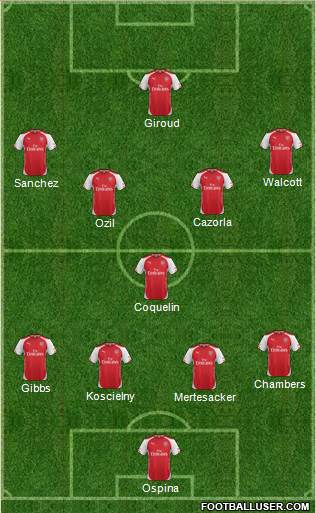