Arsenal take on Crystal Palace at Selhurst Park on Saturday afternoon. Here’s a preview with team news, line-ups, predicted score and betting tips for the game

Arsenal will be looking to continue their push for the top four when they take on Crystal Palace at Selhurst Park on Saturday afternoon.

We head into the game sitting fifth in the Premier League table but with just five points separating third-placed Man Utd from seventh-placed Liverpool, the race for Champions League qualification looks set to go right down to the wire.

Therefore, we can not afford any slip ups and with Southampton hosting Liverpool on Sunday, we need to take advantage of two of our main rivals playing each other by securing three points against Palace tomorrow.

Alan Pardew enjoyed an excellent start after taking over at Selhurst in early January but his team have now won just once in their last four games in all competitions, so perhaps this is a decent time to play Palace.

Arsenal will hand late fitness tests to Hector Bellerin and Mathieu Flamini after they picked up knocks this week.

Bellerin has an ankle problem while Flamini has a tight hamstring so both players are doubts for the trip to Selhurst Park.

Jack Wilshere is back in contention after getting another full weeks training under his belt but he may have to make-do with a place on the bench.

Alex Oxlade-Chamberlain returned to full training on Thursday but this game may come too soon, so he could miss out along with Aaron Ramsey, Mikel Arteta and Mathieu Debuchy.

Palace will hand a late fitness test to Mile Jedinak after he recovered from a knee injury that’s kept him out since returning from the African Cup of Nations.

Shola Ameobi isn’t ready to feature just yet so he joins Yaya Sanogo on the sidelines, with the striker not eligible to face his parent club. 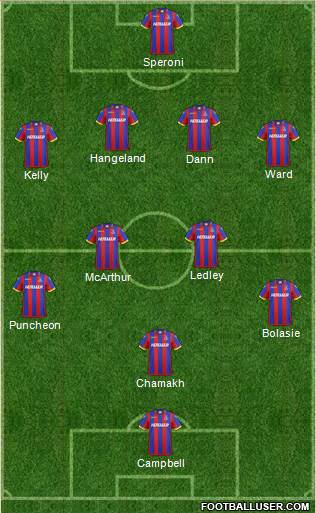 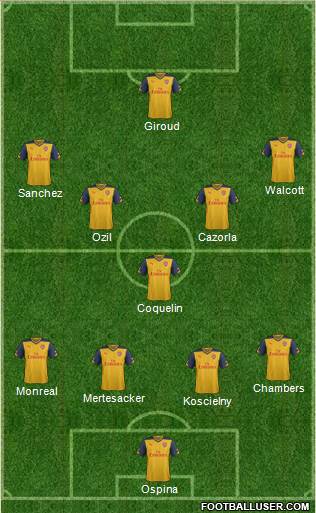 Crystal Palace 1-2 Arsenal: Palace haven’t won in three at home and we look to be finding a bit of form at just the right time. The performance against Middlesbrough was excellent last week and if we can replicate that tomorrow, we should bring home the three points.

Arsenal are the favourites to win with the bookies at odds of 4/5 but if you’d prefer to bet on the exact score line, our 2-1 prediction if on offer at 15/2, and I also fancy Theo Walcott to open the scoring at 7/1. If we combine that with a 2-1 away win then we get very tempting odds of 33/1. Surely that’s got to be worth a couple of quid!?