Liverpool take on Southampton at St Mary’s on Sunday afternoon. Here’s a preview with team news, line-ups, predicted score and betting tips for the game.

Liverpool will be looking to give their top four hopes a major boost when they take on Southampton at St Mary’s on Sunday afternoon.

The Merseysiders come into the game off the back of Thursday’s narrow 1-0 win over Besiktas in the first leg of their Europa League last 32 tie, with Mario Balotelli controversially scoring a late winning penalty.

However, Brendan Rodgers will turn his attention to domestic matters tomorrow as they look to take on fellow top-four hopefuls Southampton in a game that could go a long way to deciding who qualifies for the Champions League next season.

The Saints currently sit four points clear of Liverpool in fifth place in the table so victory on Sunday would put Ronald Koeman’s men up to third and in a strong position to finish in the top four.

But Liverpool are on an excellent run that’s seen them lose just once in the last 17 games in all competitions, so it promises to be an intriguing game at St Mary’s tomorrow.

Morgan Schneiderlin is expected to shake off a hamstring injury to start in midfield while Shane Long is also pushing for a game time after recovering from fractured ribs.

Left-back Matt Targett is back in contention after a head injury but Toby Alderweireld is a doubt with a hamstring problem so could join Jay Rodriguez, Emmanuel Mayuka and Ryan Bertrand on the sidelines.

Liverpool’s Raheem Sterling is expected to return to the starting eleven after making a successful return from a foot injury in midweek.

Captain Steven Gerrard misses out again with a hamstring injury while Lucas Leiva remains out with a thigh problem so Joe Allen should continue in midfield with Jordan Henderson. 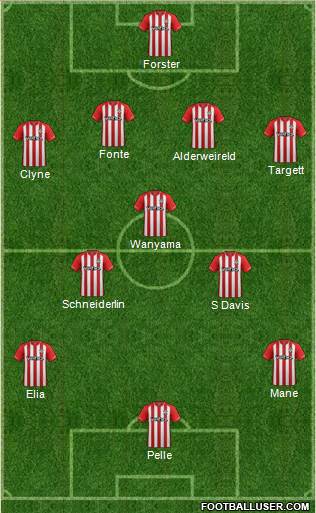 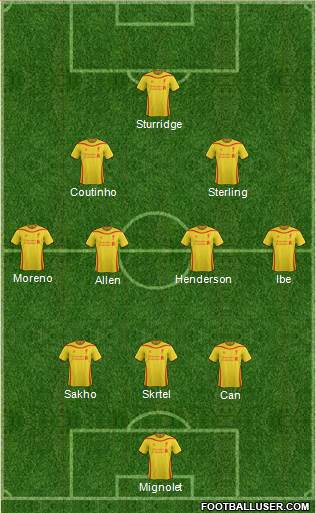 Southampton 1-2 Liverpool: The Saints can be a tricky side to play at home but Liverpool seem to be hitting form at just the right time and I think with Sterling and Sturridge back together in attack, the Merseysiders will edge this one to give their top four hopes a major boost.

Liverpool are the slight favourites to win the game at best odds of 2/1 but thanks to Football-Talk new customers can get enhanced odds of 8/1 on an away win while you can also win £100 in free bets. Our predicted score of 2-1 is on offer at 10/1 while I also fancy Daniel Sturridge to open the scoring at odds of 5/1. If we combine those two bets in a score-cast then we get very tempting odds of 30/1. Surely that’s got to be worth a couple of quid!?