Arsene Wenger has given an update on the fitness of Alex Oxlade-Chamberlain and David Ospina ahead of Arsenal’s clash with Monaco on Wednesday night. 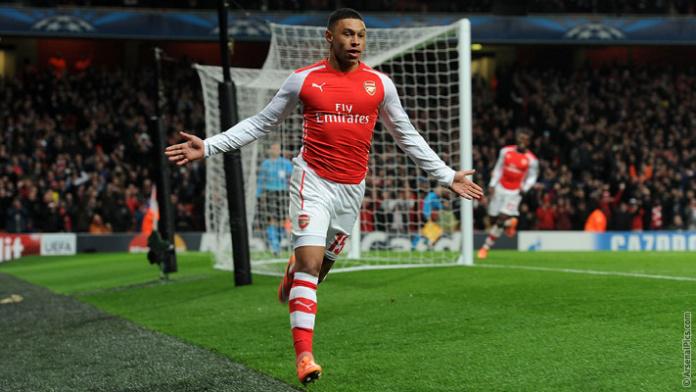 Arsenal welcome Monaco to the Emirates Stadium on Wednesday night for the first leg of our Champions League last 16 tie.

Ahead of the game, Arsene Wenger has been speaking to the media on Tuesday afternoon and gave Arsenal.com a team news and fitness update.

After confirming that Jack Wilshere would sit out the game after being rested following an intense two weeks of training for the midfielder, there was better news regarding the availability of Alex Oxlade-Chamberlain.

The Ox hasn’t featured since our 2-0 victory over Manchester City after aggravating a groin injury but Wenger has confirmed he’s back in full training and could therefore be in contention to make his comeback against Monaco tomorrow night.

David Ospina received lengthy treatment during Saturday’s 2-1 win at Crystal Palace after landing awkwardly when he came charging off his line to make an acrobatic headed clearance just outside his area.

There were reports earlier today suggesting that the Colombian was a doubt for the Monaco game after supposedly complaining of back pain. However, the boss has confirmed that Ospina is fit and is training as normal but he refused to reveal whether he’ll start tomorrow night.

on whether Oxlade-Chamberlain has returned to full training…

on who will start in goal against Monaco…

I cannot tell you that today.

I don’t expect Oxlade-Chamberlain to start the game tomorrow but with Wilshere now likely to miss out, he could be named on the bench and hope to get some minutes under his belt in the second half.

It will once again be interesting to see who Arsene goes with in goal but with Ospina starting in the league in recent weeks, he’s obviously favourite to start ahead of Szczesny.