Arsenal have it all to do to qualify for the quarter finals of the Champions League after a 3-1 defeat to Monaco at the Emirates. Here are player ratings 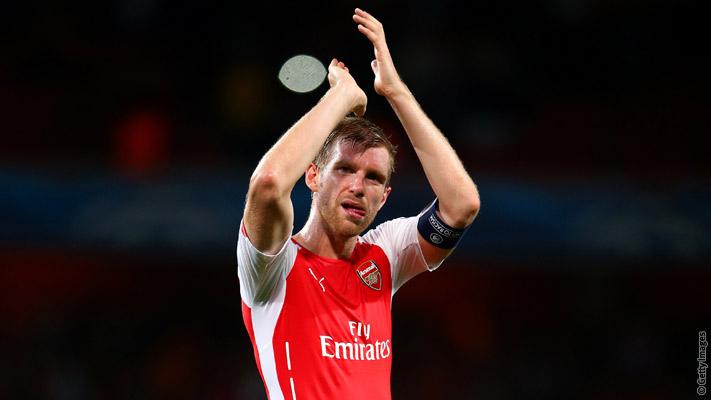 Arsenal have it all to do to qualify for the quarter finals of the Champions League after a hugely disappointing 3-1 defeat to Monaco at the Emirates last night.

Ospina  5/10 |  Left wrong footed for the first and didn’t get near Berbatov’s powerful finish. He did get a hand on the third and may have felt he should have kept it out.

Bellerin  5.5/10 |  Looked lively early on but showed his naivety by bombing forward a little too much.

Mertesacker   4/10 |  Shocking performance. At fault for all three goals, particularly the second. His place in the side has to come under serious scrutiny now.

Koscielny  5/10 |  Disappointing from Kos. He wasn’t helped by his wandering centre-back partner but the Frenchman will be disappointed by his display.

Gibbs  5/10 |  Caught up field more than once and the crucial third came from down his side.

Coquelin  5.5/10 |  Showed his immaturity at times after leaving his defensive midfield post and could also have been sent off for a second booking.

Cazorla  5.5/10 |  Very disappointing from Santi. His second half display was as poor as he’s been in a long time.

Sanchez  6/10 |  One of the few who showed any fight but it just wasn’t his night and he missed a couple of half chances.

Ozil   5/10 |  Extremely poor from Mesut. His passing was awful, particularly in the first half, and he barely got in the game after the break.

Welbeck  5/10 |  Missed a glorious chance to get a goal back midway through the second half but his effort deflected over off Walcott.

Giroud   4/10 |  A night to forget. Missed three easy chances after half time to get us back in the game, plus another couple of half chances in the firs half. Hauled off on 60 minutes.

Walcott  6/10 | His pace and runs behind the defence made a real difference. Almost led to a goal minutes after coming on.

Oxlade-Chamberlain 6/10 | Made it 2-1 with a lovely curled effort in the 90th minute but lost possession in the build up to their third goal.

What were your ratings?