The January transfer window may be closed but that won’t stop the newspapers from speculating ahead of the summer so we’ll bring you all the news and gossip. Today, Arsenal line-up a deal for Hakan Calhanoglu… 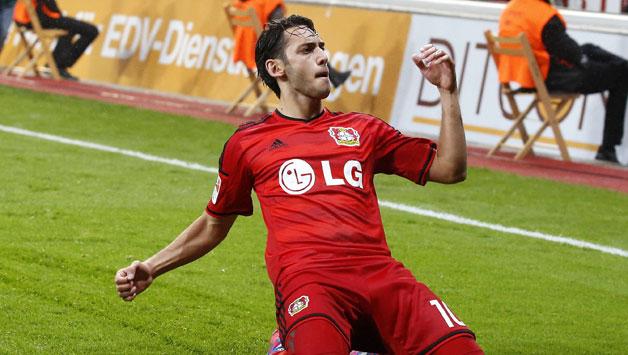 Podolski is currently out on loan at Inter Milan after falling down the pecking order under Arsene Wenger at the Emirates but he’s expected to return to the club at the end of the season after an unsuccessful stint in Italy.

The German attacker has hinted that he may yet still have a future at Arsenal but it seems Wenger has other plans as the Daily Star are reporting that we’ll use Podolski as bait to try and land Hakan Calhanoglu.

The 21-year-old has been enjoying a hugely impressive season with Bayer Leverkusen where he’s chipped in with 10 goals and 8 assists in 36 appearances to keep them in the hunt for Champions League qualification.

The Star claim that we’ve sent scouts to keep an eye on the Turkish international on several occasions this season and will now step up our interest by offering Leverkusen Podolski in a cash-plus-player deal.

It remains to be seen whether the Bundesliga outfit will have any interest in taking the 29-year-old but it’s believed they value Calhanoglu at €28m (£19.9m) so we’ll probably have to offer them a sizeable cash sum in addition to Podolski to tempt them into a deal.

Calhanoglu is certainly a big talent who looks to have a bright future ahead of him but he’s predominantly been used as a central attacking midfielder by Leverkusen, so he may struggle to get regular action at Arsenal as he’ll face competition from the likes of Mesut Ozil and Santi Cazorla for a starting berth.

However, if he’s willing to bide his time to force his way into Wenger’s starting eleven then he could be an excellent addition who’ll give us even more depth in attack, but there’s still a long way to go before any deal is agreed so we’ll have to keep an eye on developments over the coming weeks.