[Photos] Boost For Arsenal: Wilshere ‘Ready’ For Return After Playing For U21’s

Arsenal have been handed an injury boost as Jack Wilshere has declared himself fit after completing 90 minutes for the Under-21’s. See photos of him in action

Arsenal have been handed a timely injury boost as Jack Wilshere has declared himself fit to make his first team return after completing 90 minutes for the Under-21’s on Tuesday night.

The midfielder returned to full training late last month and got 45 minutes under his belt in a friendly win against Brentford last week.

Wilshere has now stepped-up his comeback even further after joining fellow long-term injury victims Mikel Arteta and Abou Diaby in playing in a 4-1 win for the under-21’s against Stoke City on Tuesday tonight.

Jack played the full ninety minutes and he’s told Arsenal.com after the game that he now feels ready to make his comeback for the first team. The 23-year-old has admitted he’s eyeing possible comeback dates and is targetting Reading in the FA Cup semi final next Saturday.

“You can train as much as you like but you can’t get that match fitness unless you play,”

“In the Premier League you know how quick it is so you have to get back to that speed.

“I feel like I’m ready to play some part. When you’re injured you look at your comeback date and the games around that time.

“The one that stands out is the FA Cup semi-final but even before that we’ve got big games and we’ve got to got to Man United as well so there’s a chance to play this season.”

Wilshere’s return will give Wenger another top class option in the middle of the park as we head into the season-defining run-in with second place in the league and the FA Cup still up for grabs, so it’s certainly a major boost.

Check out some photos of him in action against Stoke below. 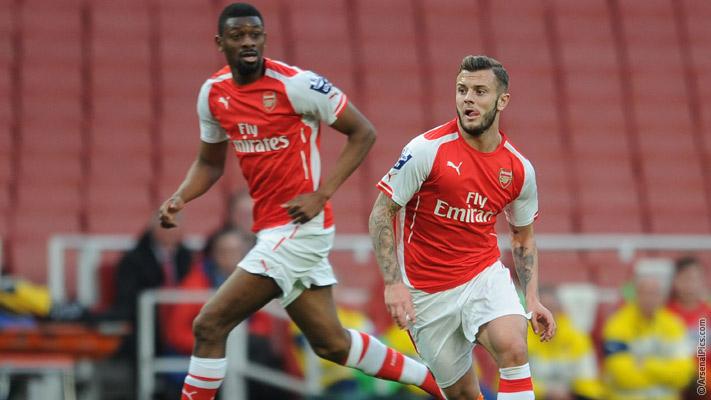 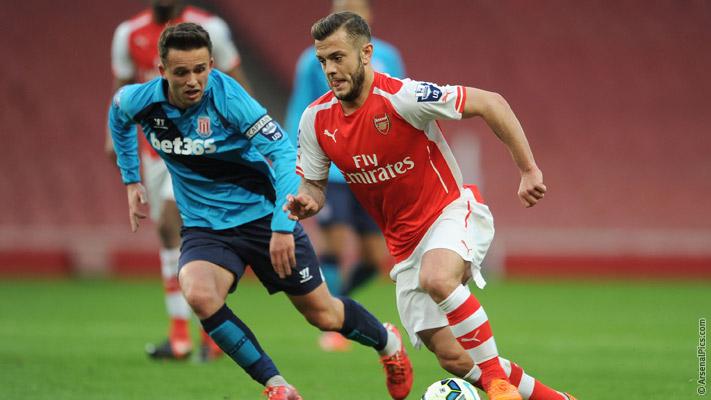 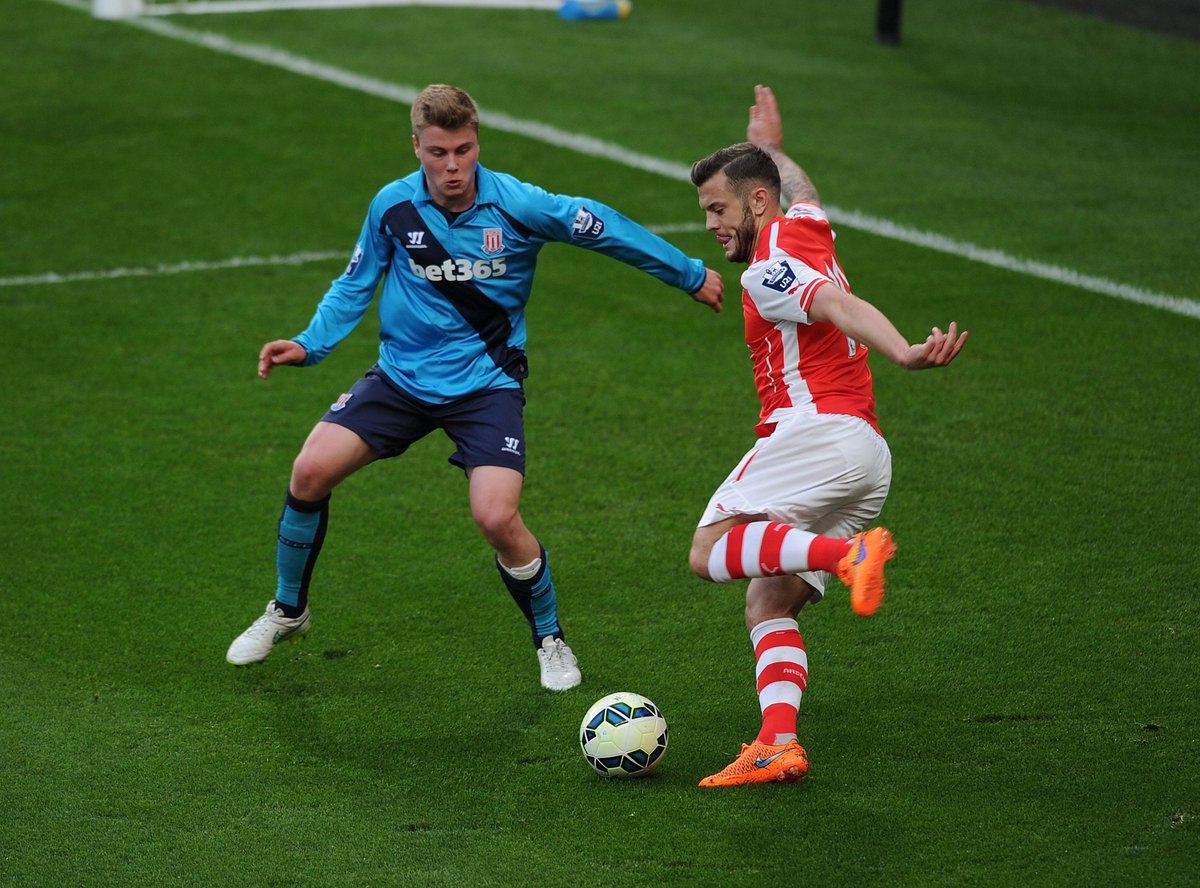