Arsenal moved four points clear in second position with a hard fought 1-0 victory over Burnley at Turf Moor tonight. Here are my ratings from the game: 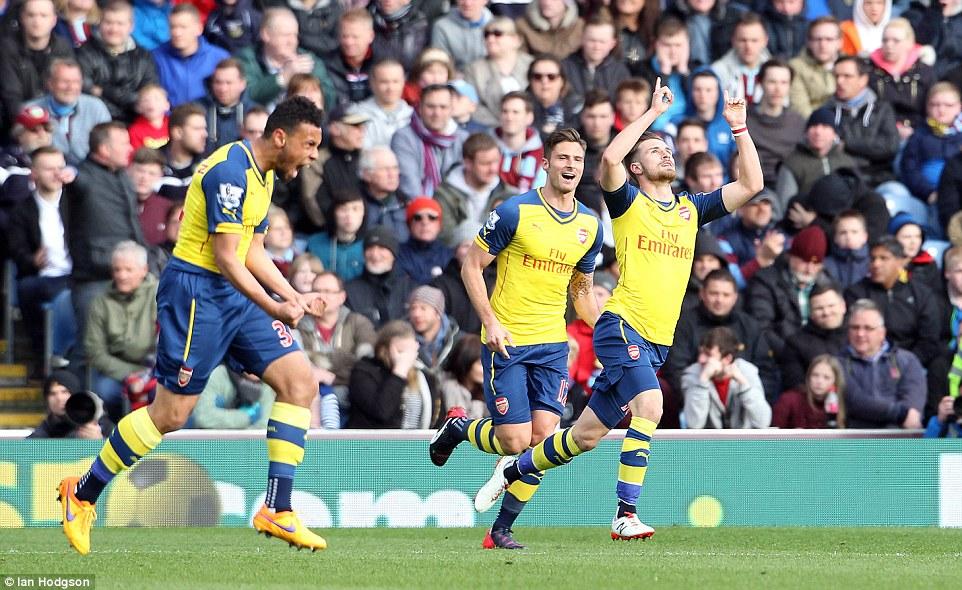 Arsenal moved four points clear in second position in the Premier League table with a hard fought 1-0 victory over Burnley at Turf Moor on Saturday evening.

Aaron Ramsey proved to be the match-winner as his early strike was enough to secure the win and make it eight victories in a row for the Gunners.

Here are my  ratings from the game:

Ospina  7/10 | Wasn’t the busiest game for the Colombian but he made two great saves when he needed to and cleared his lines well.

Bellerin  6.5/10 | A little exposed by Ramsey but was always willing to bomb forward and provide width on the right.

Mertesacker  7/10 | A fairly comfortable afternoon for the giant German. He won his aerial duels and kept Burnley at bay.

Koscielny  7/10 | Dealt with the threat of Ings and Vokes comfortably. Marshalled the back-line to another clean sheet.

Coquelin  9/10 | Superb performance from Coquelin. He absolutely bossed the midfield and racked up an incredible 11 interceptions and made several tackles too. Easily MOTM.

Ramsey  7.5/10 | Well taken goal which turned out to be the winner, but he spent much of his time drifting inside instead of staying wide to stretch the Burnley defence.

Ozil  7/10 | Saw a lot of the ball and showed some great touches at times but Arsenal weren’t at their fluent-best today so we didn’t really see the best of Mesut.

Alexis  7/10 | Worked hard as always and was a danger whenever he saw the ball, but wasn’t really his day in the final third.

Giroud  4/10 | Very poor game from Giroud. Almost anonymous. In many ways it wasn’t his fault as he had little to play off, but he looked lethargic at times.

Welbeck N/A | On too late

So Arsenal’s superb run continues and we’re now hot on the heels of Chelsea ahead of their game with QPR on Sunday. Hopefully they’ll slip up so we can get a real title race going….