Arsenal will be looking to retain the FA Cup when they take on Aston Villa at Wembley on Saturday. Here is the side Gooner Mac thinks Arsene Wenger will select: 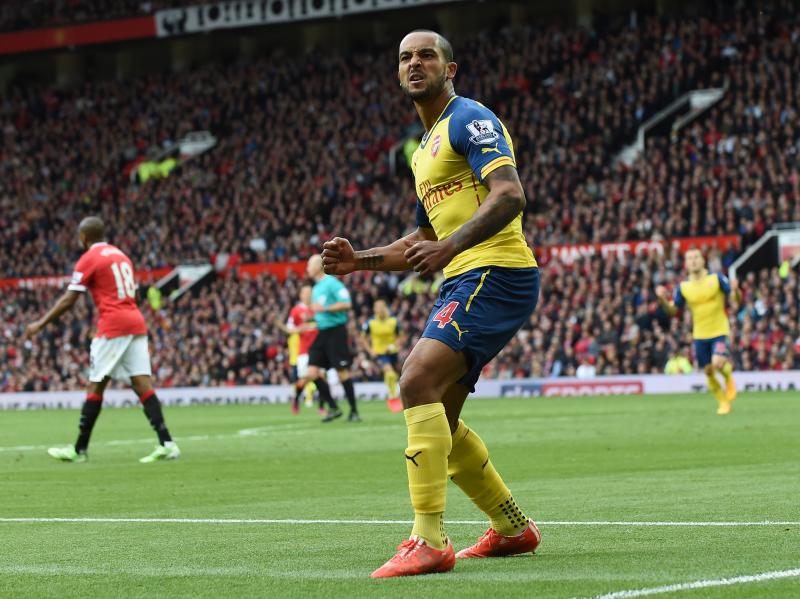 Arsenal will be looking to retain the FA Cup when they take on Aston Villa at Wembley on Saturday evening. Here is the side Gooner Mac thinks Arsene Wenger will select:

Goalkeeper: I think the boss will stick with Wojciech Szczesny as our cup keeper meaning David Ospina should drop to the bench. Arsene stuck with Fabianski in last years final so I think he’ll do likewise with our No.2 this time around.

Defence: Laurent Koscielny will return alongside Per Mertesacker after being rested against West Brom last weekend so Gabriel should make way.

Kieran Gibbs kept his place at left-back last time out so I wouldn’t be surprised if he was picked ahead of Nacho Monreal at left-back on Saturday. Mathieu Debuchy is back in full training but is expected to be short of fitness so Hector Bellerin should start at right-back.

Midfield: Santi Cazorla was back to his best against the Baggies so I’d expect him to start alongside Francis Coquelin once again on Saturday.

Jack Wilshere was excellent last week but I have a feeling he’ll be dropped back to the bench this weekend. It will be harsh, but he’s only recently returned to full fitness and I think the boss will prefer to use him as a sub.

Attack: With Wilshere likely to drop out, we should see Aaron Ramsey return to the right-wing where he’s been playing in recent weeks.

The big question is whether Theo Walcott keeps his place after an excellent hat-trick against West Brom. It’s always difficult to leave a player out after such a performance but Arsene hinted at his press conference that he will recall Olivier Giroud and use Walcott as an impact sub. I think it will be the wrong decision, but it’s the bosses decision.

Alex Oxlade-Chamberlain made his comeback with a cameo appearance off the bench last weekend but he’s highly unlikely to start, while Danny Welbeck has been ruled out once again after failing to recover from a knee injury.

Mesut Ozil and Alexis Sanchez are certain to start in attack, so this is how I think we’ll see Arsenal line-up against Villa: 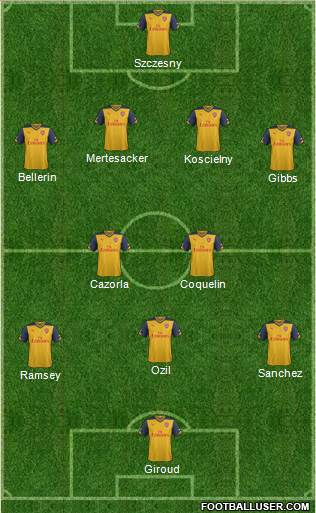