As the opening of the summer transfer window approaches, managers are working hard identifying targets and lining-up potential deals so we’ll bring you all the news and gossip. Today, Liverpool reject Manchester City’s bid for Raheem Sterling… 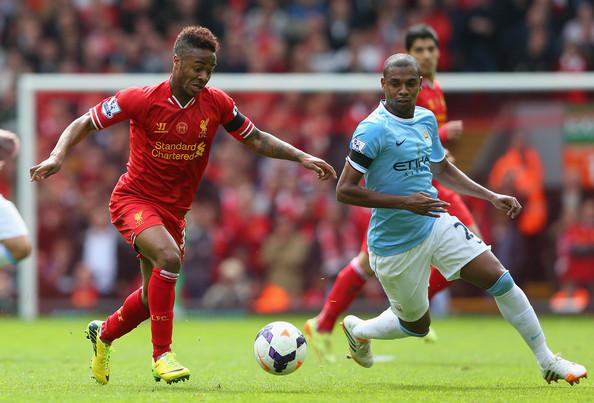 Liverpool have rejected a formal £30m bid from Manchester City for Arsenal and Manchester United target Raheem Sterling with the Reds demanding closer to £50m for the want-away attacker, according to Sky Sports News.

Sterling’s future at Anfield is in serious doubt after he called off contract extension talks last month and his agent made it clear he wouldn’t be signing a new deal after rejecting a £100,000-a-week contract.

The uncertainty has led to strong interest from the Premier League and abroad with the likes of Arsenal, Man Utd, Chelsea, Bayern Munich and Real Madrid all believed to be keeping a close eye on his situation.

Reports earlier this month suggested that Sterling was open to the idea of playing under Louis van Gaal at Old Trafford while further reports claimed Arsenal are in pole position as the 20-year-old wants to return to London where he grew up as a child.

Manchester City then emerged as serious contenders as the Mirror reported last weekend that the former Premier League champions had opened talks with Liverpool about a potential deal and were lining-up a formal offer.

It appears those negotiations haven’t been successful as Sky Sports News claim today that the Merseysiders have rejected City’s opening bid believed to be worth £25m with a further £5m in additional add ons.

The media outlet suggest that Liverpool have made it clear they aren’t prepared to cash-in on Sterling for less than £50m, with Brendan Rodgers previously indicating that are willing to force the attacker to see out the remaining two years of his current deal.

It remains to be seen whether City, Arsenal or United will be prepared to meet Liverpool’s valuation but it looks like the Anfield club are going to dig their heels in and try and get the best possible price for the player, and it’s going to be interesting to see where Sterling ends up if he does leave.

I’d personally be shocked if Liverpool agreed to do business with United, even at £50m, due to the rivalry between the two clubs so it may come down to how much Sterling really wants to return to London and whether Arsenal are serious about buying him.

City have made their intentions clear already but the Gunners are yet to make their move and Arsene Wenger will probably wait to see how contract talks with Theo Walcott go before making any formal bid for Sterling.

That could leave the door open for City and if they want him enough, they’ll pay what’s required to get a deal done with Liverpool and it will then be down to the player to make a decision.