Liverpool have finally announced the signing of Belgian international striker Christian Benteke from Aston Villa. Here are some photos of him in his new kit

With the summer transfer window in full swing, managers are working hard trying to strengthen their squads ahead of next season so we’ll bring you all the news and gossip. Today, Christian Benteke completes his move to Liverpool…. 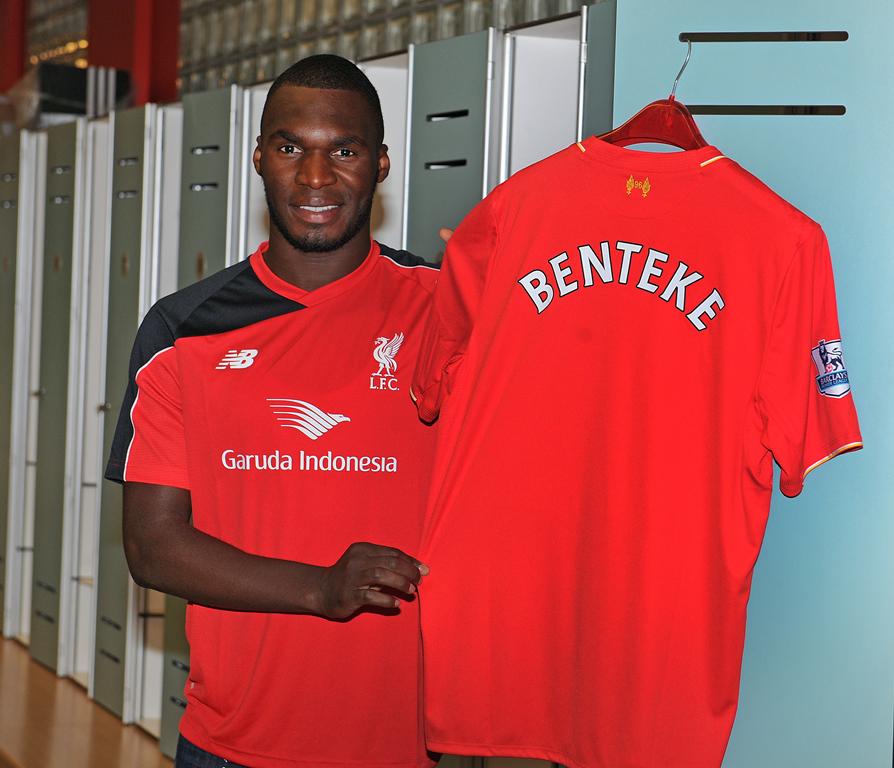 The 24-year-old has been strongly linked with a move to Anfield for several weeks and there was a breakthrough in negotiations last week when Sky Sports News claimed that Liverpool had agreed to pay the strikers £32.5m release clause.

Benteke was soon heading to Merseyside to undergo his medical and we saw pictures of the player arriving at Melwood earlier on Wednesday to complete his move.

It seems the formalities have now been concluded as the Reds announced a short time ago on Liverpoolfc.com that Benteke had officially joined the club from Aston Villa.

The 24-year-old put pen to paper on a long-term contract with the Reds today after successfully completing a medical in London.

“I’m very happy to be here and I would like to thank the owners, Ian [Ayre] and of course the manager for their massive effort to bring me here.

“It’s hard to show your emotion when you’ve just come from doing something [like this] but of course I am very happy.”

Brendan Rodgers has been desperate to strengthen his strike-force after seeing his squad register just 52 league goals last season and it’s safe to say the Northern Irishman has achieved his aim.

Roberto Firmino and Danny Ings have already joined the club so Benteke will form a new-look attack at Anfield next season and having scored 49 goals in 101 games for Villa, he’s sure to add a real threat in front of goal next season.

After wrapping up his move, Benteke posed for some photos in his new Liverpool kit. Check them out below: 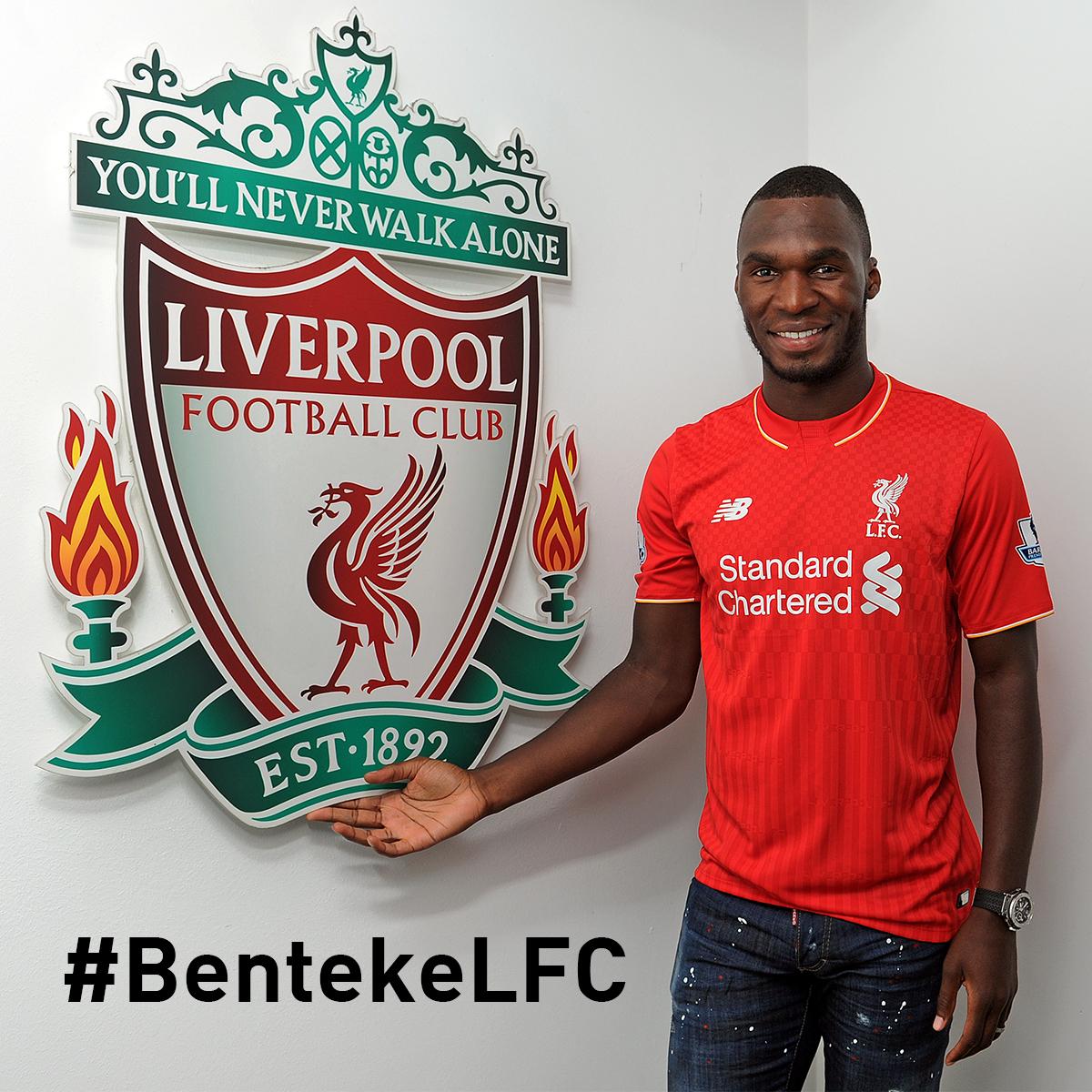 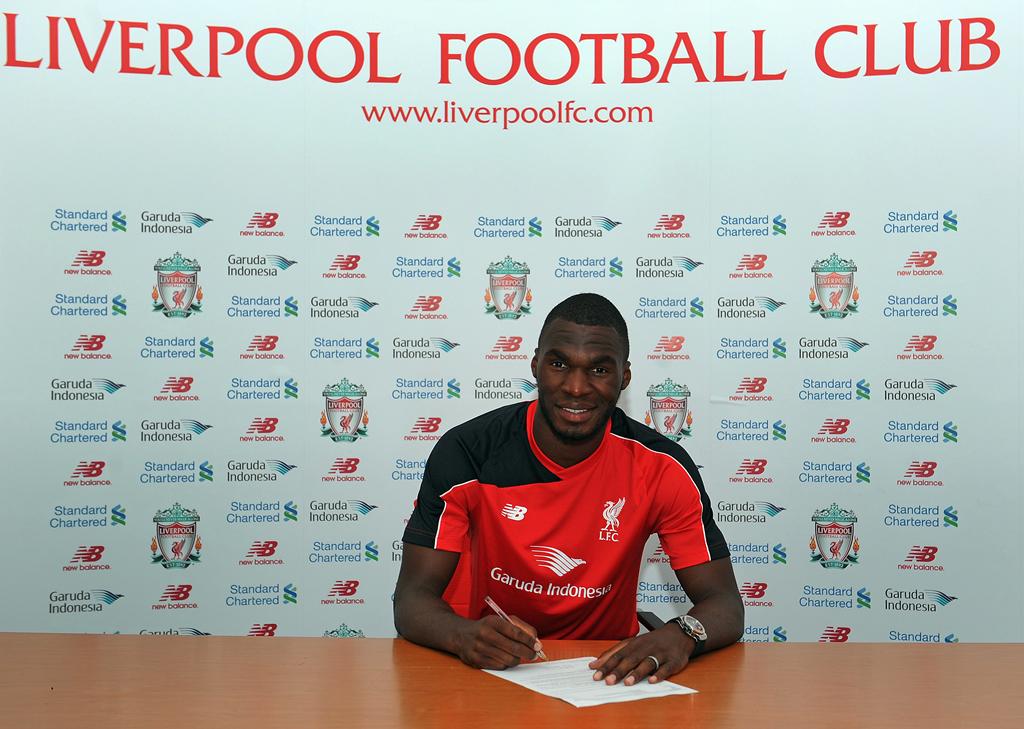 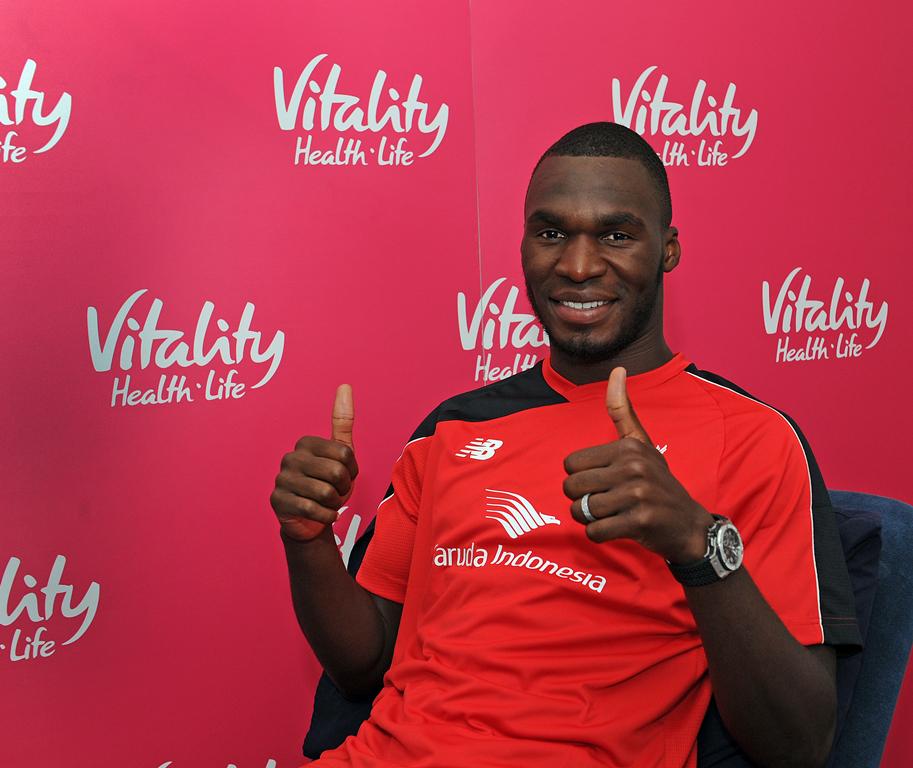 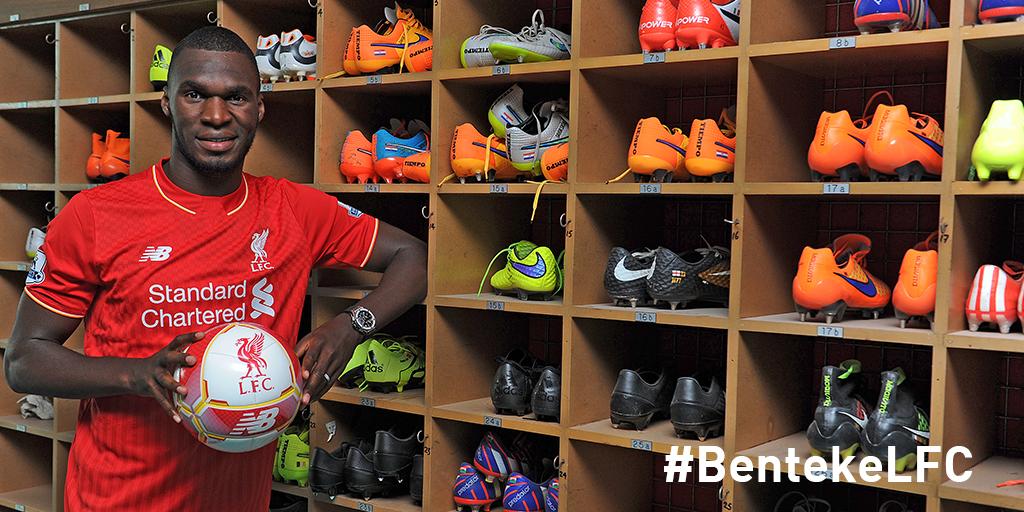