Liverpool take on Carlisle at Anfield this evening. Here’s a preview with team news, likely line-up, betting and predicted score for the game.

Liverpool will look to get back to winning ways when they take on Carlisle in the 3rd round of the Capital One Cup at Anfield on Wednesday night.

The Reds head into the game under something of a cloud with the club forced to deny newspaper speculation suggesting owners FSG have sounded out Carlo Ancelotti about replacing Brendan Rodgers as manager.

The pressure is mounting on the Northern Irishman after a poor run of result with Sunday’s 1-1 draw at home to Norwich making it five games without a win in all competitions.

However, Rodgers has an excellent chance to get his side back to winning ways this evening as League Two Carlisle arrive on Merseyside looking to cause a shock.

The Cumbrian outfit have made a solid start to their season and currently sit tenth in the table but they do have a real threat up front with Jabo Ibehre netting 10 times in his 11 games so far.

Liverpool will be without striker Christian Benteke after he suffered a hamstring injury at the weekend so Danny Ings is expected to start up front after coming off the bench to score his first league goal on Sunday.

Captain Jordan Henderson has been ruled out after undergoing surgery on a broken foot while Daniel Sturridge is likely to be among a number of first team players rested.

Adam Bogdan is likely to start in goal with the likes of Dejan Lovren, Kolo Toure, Jordon Ibe, Jordan Rossiter and Roberto Firmino among those pushing for starts. 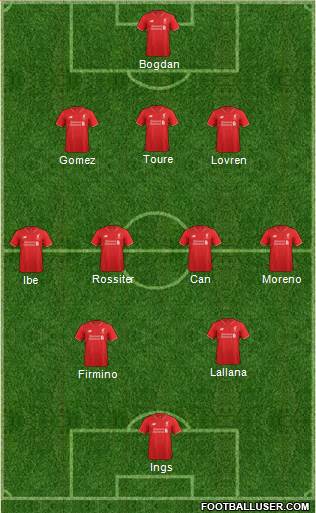 Liverpool 2-0 Carlisle: I don’t expect this to be a walk over and Carlisle will be right up for this one, but I suspect the hosts will ease to victory in the end.

The Reds are the heavy 1/7 favourites to win the game but Football-Talk can get new customers enhanced odds of 3/1 on a home win. My prediction of 2-0 is available at odds of 13/2, while I also like the look of Danny Ings to open the scoring at odds of 3/1. If we combine those two bets in a score-cast, then we get very tempting odds of 14/1.