Arsenal take on Leicester City at the King Power today. Here’s a preview with team news, likely line-ups, betting tips and predicted score for the game.

Arsenal will be looking to climb into the top four when they take on Leicester City at the King power Stadium this afternoon.

We head into the game sitting fifth in the Premier League and two points adrift of fourth-placed Leicester so need a win to reclaim a top-four spot.

Last weeks controversial 2-0 defeat to Chelsea was a big blow but we bounced back by beating Tottenham in the Capital One Cup in midweek so hopefully that’s given the squad a much-needed morale boost.

However, the Foxes will be tough opposition today as they are the only remaining unbeaten team left in the division after a hugely impressive start to the campaign.

Claudio Ranieri has guided his side to three wins and three draws so far and they came from 2-0 down to salvage a point at Aston Villa last weekend, so we know they’re going to be up for the fight this afternoon.

Arsene Wenger is set to recall several players to the first team after resting a number of his key men in midweek with Petr Cech, Hector Bellerin, Laurent Koscielny, Mesut Ozil and Alexis Sanchez among those expected to come back in.

Santi Cazorla returns from a one-game ban but Francis Coquelin has been ruled out with a knee injury so Mathieu Flamini could keep his place in midfield after his heroics against Spurs.

Gabriel is suspended after being hit by a one-game ban by the FA while Jack Wilshere, Danny Welbeck and Tomas Rosicky are all injured.

Leicester are also expected to make wholesale changes from the side that faced West Ham in midweek with Kasper Schmeichel, Ritchie De Laet, Wes Morgan, Danny Drinkwater, Ngolo Kante, Riyad Mahrez and Jamie Vardy are all expected to return to the starting line-up.

However, Nathan Dyer is out with a knee injury. 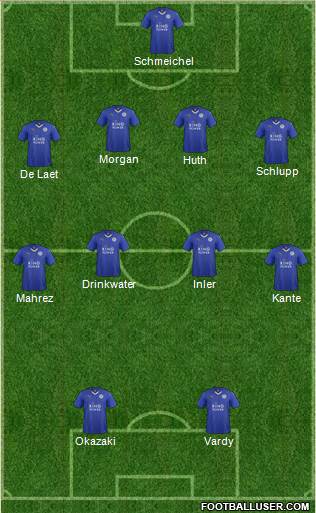 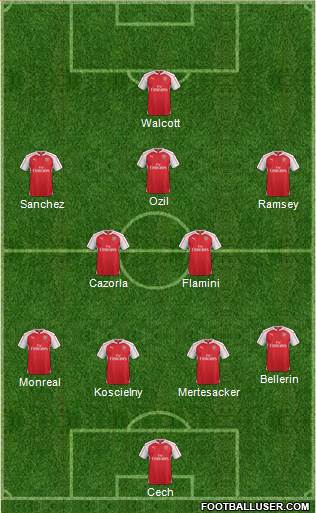 Leicester 1-2 Arsenal: We’ve not really found our stride yet this season but Leicester are an attacking side so I think they’ll give us some opportunities going forward. It’s going to be a close game but hopefully we can edge it.

Arsenal are the narrow 4/5 favourites to win the game but if you want more tempting odds them my predicted score of 1-2 is on offer at 15/2. I also like the look of Theo Walcott to open the scoring at odds of 9/2. If we combine those two bets in a score-cast, then we get very tempting odds of 22/1.