Tottenham take on Man City at White Hart Lane on Saturday. Here’s a preview with team news, likely line-ups, betting and predicted score for the game.

Tottenham Hotspur will look to get over their League Cup exit when they take on Manchester City at White Hart Lane on Saturday afternoon.

Spurs slumped to a 2-1 defeat to North London rivals Arsenal in in the Capital One Cup in midweek so Mauricio Pochettino will be keen to get back on track against City tomorrow.

The hosts did pick up their first three points of the season at the Lane last weekend with a 1-0 victory over Crystal Palace but they still sit ninth in the table heading into this match.

City on the other hand saw their lead at the top of the Premier League cut to just two points after a shock loss at home to West Ham so they’ll be desperate to make amends on Saturday.

Tottenham will continue to be without Ryan Mason as the midfielder has failed to recover from a knee injury which he picked up against Sunderland two weeks ago.

Nabil Bentaleb, Mousa Dembele and Alex Pritchard are all also unavailable through injury but Pochettino is expected to recall a number of first team regulars.

Hugo Lloris, Kyle Walker, Jan Vertonghen, Toby Alderweireld, Dele Alli and Heung-min Son are all set to start after being rested in midweek.

Manchester City have been handed a major boost with captain Vincent Kompany set to return from a calf injury.

Playmaker Samir Nasri is also fit again but midfielder David Silva continues to miss out with a calf problem.

Defender Eliaquim Mangala is also missing with a groin complaint so he joins Wilfried Bony, Kelechi Iheanacho, Gael Clichy and Fabian Delph on the sidelines. 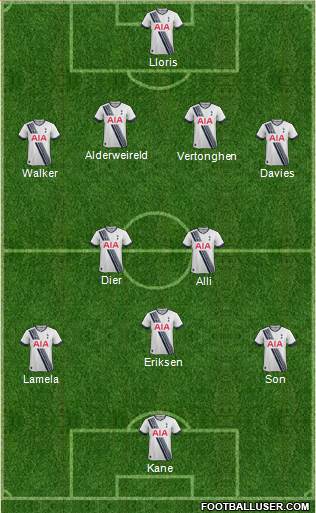 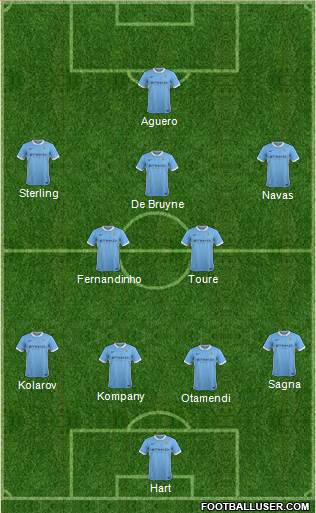 Tottenham 1-2 Man City: Spurs have yet to hit top form this season and with Harry Kane yet to find his feet in front of goal, they’ve struggled to find the back of the net. City were looking ominous before the West Ham game but I think that was just a blip and expect them to edge this one tomorrow.

City are the narrow favourites to win the game but Football-Talk can get new customers enhanced odds of 7/1 for an away victory tomorrow. My prediction of 1-2 is available at odds of 15/2, while I also like the look of Sergio Aguero to open the scoring at odds of 4/1. If we combine those two bets in a score-cast, then we get very tempting odds of 20/1.