Arsenal won a thrilling game at the King Power after running out 5-2 winners thanks largely to a hat-trick from Alexis Sanchez. These are player ratings 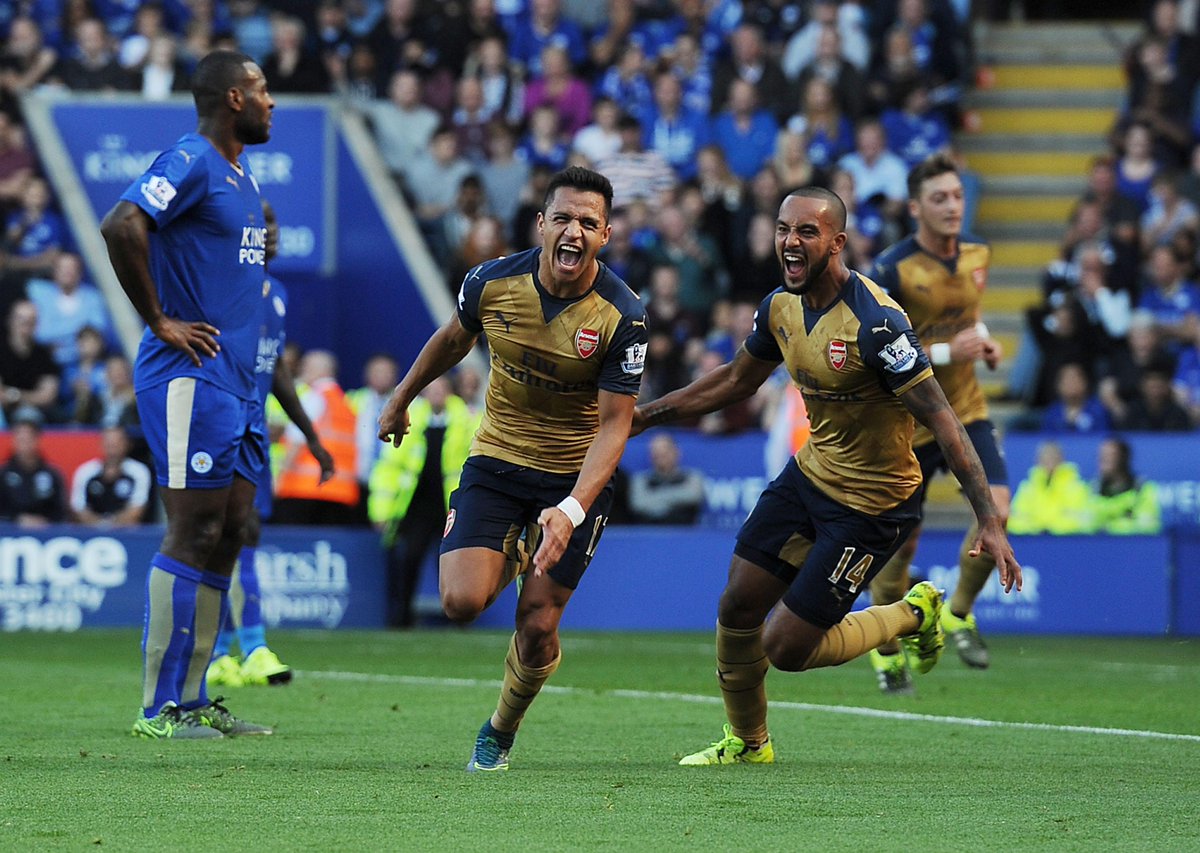 Arsenal won a thrilling game at the King Power after running out 5-2 winners thanks largely to a hat-trick from Alexis Sanchez. These are player ratings from Gooner Mac:

Cech  7.5/10 | Wasn’t at fault for either goal and made some top class saves. Was probably busier than he’d have liked.

Bellerin  6.5/10 | Was given a bit of a tough time defensively and should have closed Vardy down for his second goal. Was positive going forward though.

Mertesacker  6.5/10 | Partially at fault for the opener as he was caught up field and Vardy’s pace caused him problems, but he did make some timely blocks.

Koscielny  7/10 | His marking was a little suspect at times but his pace was important in dealing with a dangerous Leicester attack.

Monreal  7/10 | Coped well against the tricky Mahrez and set-up Giroud for his late goal.

Flamini  N/A | Forced off early with an injury.

Cazorla  7.5/10 | Superb assist for Walcott’s vital equaliser and pulled the strings in midfield.

Ramsey  6.5/10 | Wasteful in front of goal and you can tell he’s trying to force things a little. Wasted on the right.

Ozil  8/10 | Played a sumptuous pass in the build up to the second goal and his assist for Sanchez’s header was world class. Big influence in the final third.

Sanchez  9/10 | Back to his best with a superb hat-trick and an excellent all-round display. Broke his duck with a tap in but his third was stunning. MOTM

Walcott  8.5/10 | A real threat up front as his pace caused Leicester all sorts of problems. Took his goal like a ‘proper’ striker and showed great movement all game.

Arteta  7/10 | On for Flamini and had a solid game in the middle of the park.

Giroud 7/10 | Missed an absolute sitter before sweeping home the fifth late on.

So we’re back to winning ways in the league and are now back in the top four. This was a vital victory and will hopefully give us some belief heading into a crucial clash with Man Utd next weekend. Olympiacos up first on Tuesday though….