Arsenal take on Sheffield Wednesday in the fourth round of the Capital One Cup tomorrow and Arsene Wenger has offered a team news update ahead of the game. 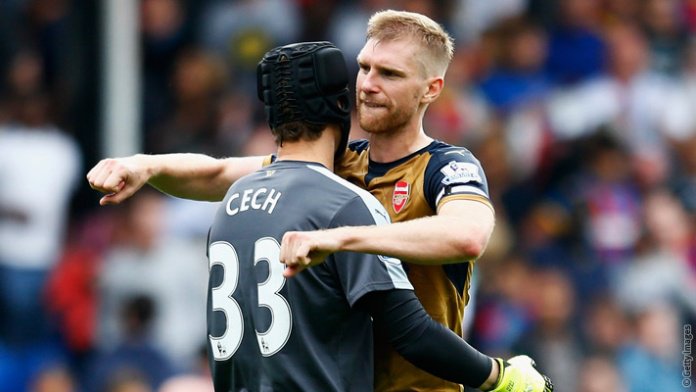 Arsenal take on Sheffield Wednesday in the fourth round of the Capital One Cup tomorrow night and Arsene Wenger has offered a team news and injury update ahead of the game.

The boss has confirmed an injury boost with the news that Per Mertesacker is fit and available for selection again for the trip to Hillsborough on Tuesday night.

The German international was forced to miss Saturday’s 2-1 victory over Everton at the Emirates due to illness but is now back in contention and should come straight back in to the starting eleven against the Owls.

We didn’t pick up any fresh injury concerns at the weekend but Aaron Ramsey, Jack Wilshere, Danny Welbeck and Tomas Rosicky continue to miss out through various long-term injury problems.

Arsene also confirmed that David Ospina is still nursing a shoulder injury so Petr Cech will once again keep goal as the boss decided against giving youngster Matt Macey his senior debut in the League Cup.

Here is the what Wenger told Arsenal.com:

There are no new problems from Saturday, Per Mertesacker is available again after illness. Nobody else is coming back. Arteta will not be fit. Ramsey, Wilshere, Welbeck and Rosicky of course are all out too.

on who will play in goal…

Ospina is still out too, so Cech will certainly play.

We head in to the League Cup clash in excellent form but I’m sure the boss will take the opportunity to rest a few key men as we concentrate our efforts on the Premier League and Champions League.