Injury-hit Arsenal will look to put their League Cup exit behind them when they take on Swansea on Saturday afternoon. Here is our predicted team. 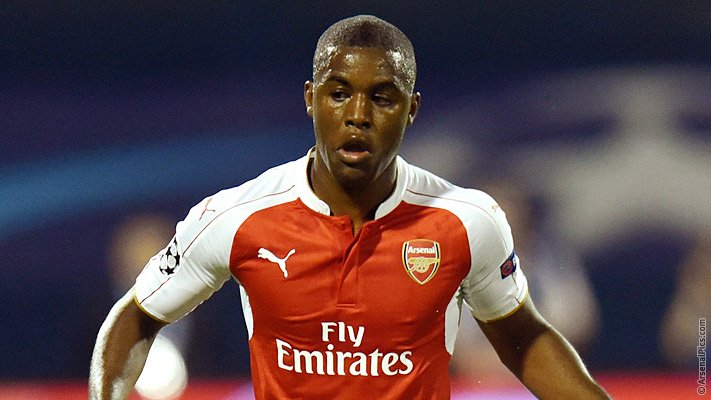 Injury-hit Arsenal will look to put their League Cup exit behind them when they take on Swansea on Saturday afternoon. Here is the side Gooner Mac thinks Arsene Wenger will select for the game:

Goalkeeper: Petr Cech will remain between the sticks. The Czech international let in three against Sheffield Wednesday but none of the goals were particularly his fault and he’s been a key figure for us this season.

Defence: Arsene is expected to make wholesale changes to the defence as we were woeful on Tuesday night. Hector Bellerin will come back in for Mathieu Debuchy while Nacho Monreal will replace Kieran Gibba at left-back.

Per Mertesacker wasn’t on top form against Wednesday so Gabriel could be selected to partner Laurent Koscielny in the middle of the back four.

Midfield: Wenger has ruled out moving Santi Cazorla from his central position to the right wing so the Spaniard will continue alongside Francis Coquelin.

Mikel Arteta, Aaron Ramsey, Jack Wilshere and Tomas Roiscky are all still on the sidelines through injury so we have limited options in midfield.

Attack: Alex Oxlade-Chamberlain and Theo Walcott have been ruled out until after the international break so we have a real problem on the right wing.

Wenger has suggested he’ll go with either Alex Iwobi or Joel Campbell and I think the Costa Rican will get the nod to start alongside Alexis Sanchez and Mesut Ozil in attack.

With Walcott joining Danny Welbeck on the sidelines we have little option but to stick with Olivier Giroud up front. Hopefully he doesn’t get injured or we’re in big trouble. 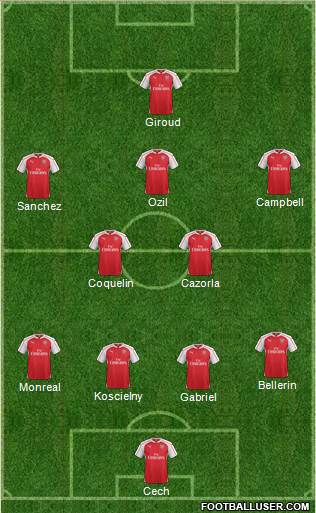