Liverpool, Manchester United and Tottenham all learned their fate after the draw for the last 32 of the Europa League was conducted this afternoon.

Liverpool, Manchester United and Tottenham all learned their fate after the draw for the last 32 of the Europa League was conducted this afternoon.

United dropped into the Europa League after crashing out of the Champions League group stages last week following a disappointing 3-2 defeat at Woflsburg.

Louis van Gaal has promised to take the competition seriously and the Red Devils have been drawn to play Danish outfit FC Midtjylland in the first knockout round.

Liverpool secured top spot in their group with a 0-0 draw at FC Sion last Thursday and Jurgen Klopp’s men will now face Germany side FC Augsberg in the last 32.

Tottenham also topped their group after beating AS Monaco 4-1 at White Hart Lane in midweek but it hasn’t stopped Maurcio Pochettino’s side facing a tough task in the knockout phase as they’ve been drawn to play Italian giants Fiorentina.

I’m sure United and Liverpool will be very satisfied with their draws and confident of progressing to the last 16 but it was a bit of a nightmare for Spurs as Fiorentina are going to be a difficult side to beat over two legs.

The first legs will be played on February 18th before the return leg the following week on the 25th. 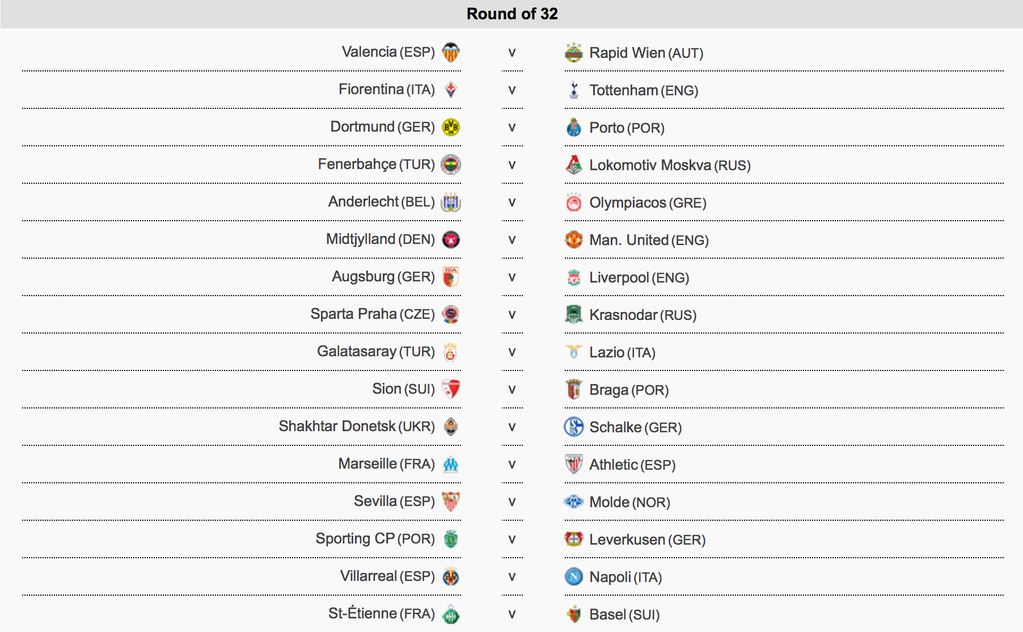