Arsenal will look to continue their recent good form when they take on Southampton at St Mary’s on Boxing Day.

We head into the game sitting five points clear in second position in the Premier League table after Monday nights impressive 2-1 victory over Manchester City – which made it three league wins on the bounce.

Leicester City are two points clear but with the Foxes facing a tough trip to Anfield to take on Liverpool this weekend, we have a great chance to go top with a win on the South Coast.

The win over City has given our title challenge a major boost and the players should be full of confidence heading into the festive period, but the next few weeks are going to prove to be crucial in how our campaign pans out.

Southampton are in poor form having only taken one point from their last five games and Ronald Koeman blasted his players following last weeks 2-0 home defeat to Tottenham.

However, they are still a dangerous side and I wouldn’t be surprised if they turn up and put in a much-improved display on Saturday, so we’ll have to be at our best to come away with a positive result.

We suffered no fresh injury concerns on Monday night and none of our injured players are ready to return so Arsene will choose from the same squad that beat City.

Alexis Sanchez has suffered s setback in his recovery from a hamstring injury and is expected to be out for another fortnight so he won’t make the trip to St Mary’s.

Jack Wilshere and Mikel Arteta are edging closer to making their comebacks but this game comes too soon so they join Danny Welbeck, Santi Cazorla, Tomas Rosicky and Francis Coquelin on the sidelines.

As for Southampton, they will hand a late fitness test to keeper Maarten Stekelenburg as he looks to recover from a toe injury that kept him out of the Spurs defeat last weekend, but Koeman is confident he’ll be available. 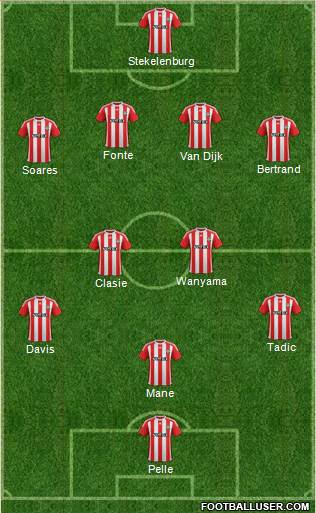 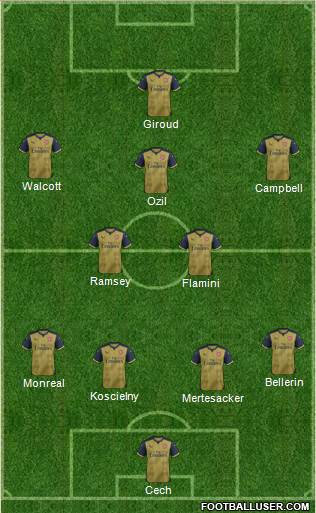 Southampton 1-3 Arsenal: It’s always a tough game down at St Mary’s and despite their dreadful form of late, I expect Koeman’s men to put up a good fight this weekend. However, the boys should be high on confidence after the City win and hopefully we can bring home the three points.

It’s another vital weekend in Fantasy Football and I think this game represents a great opportunity for those who have Arsenal attackers in their team. I can see Theo Walcott being a real danger against his former team while Olivier Giroud is in a rich vain of form in front of goal so they could be in for some fantasy points this weekend. However, the man to look out for is unquestionably Mesut Ozil. The German schemer is in the form of his life and picked up his 14th and 15th assists of the season against Man City on Monday night, and I wouldn’t be surprised to see him at his creative best again on Saturday.

Arsenal are the narrow 11/10 favourites to win the game but Football Talk can get you enhanced odds of 7/1 for a Gunners win – just click here to take advantage. My prediction of 2-1 is on offer at 8/1 while I also like the look of Theo Walcott to open the scoring at 6/1. If you combined those two bets in a score-cast then we get very tempting odds of 30/1.