Liverpool take on Exeter in the 3rd round of the FA Cup tonight. Here’s a preview with team news, likely line-up, betting tips and prediction.

An injury hit Liverpool side will take on League Two Exeter City at St James Park tonight in the third round of the FA Cup.

The Reds’ squad has been ripped apart by a spate of injuries in recent weeks and with Premier League games against Arsenal and Manchester United coming up next week, Jurgen Klopp has little option but to field an inexperienced side this evening.

The Merseysiders head into the game off the back of a hard fought midweek win over Stoke City in their Capital One Cup semi-final first leg which sees the Reds take a 1-0 lead into the second leg at Anfield.

Liverpool’s league form has been hugely inconsistent this season and they currently sit eighth in the table after a 2-0 defeat to West Ham at Upton Park last weekend, and with a League Cup final at Wembley already a realistic possibility, it’s easy to see why Klopp isn’t making the FA Cup his top priority.

Exeter have a real chance to cause an upset this evening but boss Paul Tisdale will have to turn their form around as they come in to the game off the back of four league defeats on the bounce.

Klopp is set to make wholesale changes after confirming he isn’t willing to take a risk with his key men due to the lengthy injury list he’s having to cope with at present.

Philippe Coutinho has been ruled out for around a month with a hamstring injury while Dejan Lovren and Kolo Toure will also miss the game tonight with injuries that they picked up against Stoke.

Therefore, Klopp is set to draft in the youngsters with Brad Smith and Connor Randall set to play in the full-back positions while Jose Enrique could fill-in as a make-shift centre-back alongside Tiago Llori – who’s been recalled from his loan at Aston Villa.

Connor Brannagan is set to start in midfield and he could be joined by James Milner and Joe Allen if Klopp wants to add a bit of experience to the team.

Joao Teixeira and Sheji Ojo are both expected to feature while Christian Bekteke could lead the line up front if Klopp wants to go with an established striker. If the Reds boss doesn’t want to risk the Belgian, then Jerome Sinclair could be handed a start. 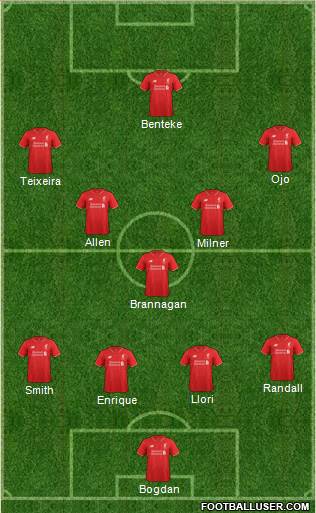 Exeter 1-1 Liverpool: It’s going to be a much-changed Liverpool side so it’s difficult to predict how the team will gel. As it’s the FA Cup, the Reds should expect a tough game on a dodgy pitch and not many would be too surprised if we saw an upset this evening. However, Exeter aren’t in great form so I think we’ll see Liverpool force a replay at Anfield.

Despite their injuries, the bookmakers still see Liverpool as the 13/20 favourites to win the game but Football-Talk can get you enhanced odds of 3/1 on a Reds win if you click here. My prediction of 1-1 is on offer at odds of 13/2 and I also like the look of Christian Benteke opening the score at 14/5. If we combine those two bets in a score-cast, then we get very tempting odds of 22/1.