Arsenal boss Arsene Wenger has confirmed Tomas Rosicky has suffered a serious injury but Danny Welbeck should be back in the first team inside three weeks. 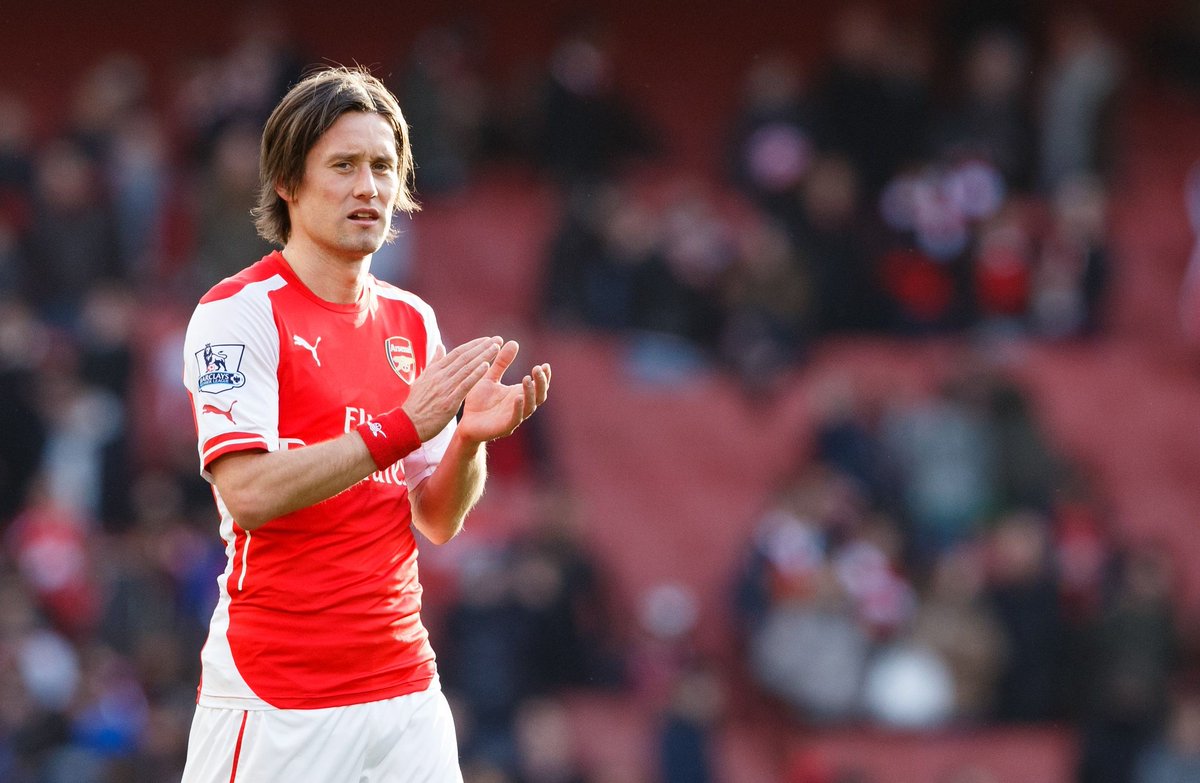 Arsenal boss Arsene Wenger has confirmed Tomas Rosicky is facing up to three months out through injury but Danny Welbeck should be back in the first team inside three weeks.

Rosicky made his first appearances of the season after coming on as a late substitute during our 2-1 FA Cup victory over Burnley at the Emirates last weekend.

However, the 35-year-old’s comeback didn’t last long as he suffered a thigh injury just 3 minutes after coming off the bench and Wenger suggested earlier this week the injury was a serious one.

The boss has been speaking to the media at his pre-match press conference this morning and has now confirmed that while Rosicky won’t require surgery, the midfielder is set to miss up to three months after suffering a partial rupture of his tendon.

The Czech international’s contract expires in June and given his and how long it will take for him to regain full match fitness, it’s conceivable that Rosicky has already played his last game for Arsenal – although Wenger hopes that’s not the case.

When asked if Rosicky had played his last game in an Arsenal shirt, Wenger is quoted as saying by ESPN:

“I hope not, I don’t want to be dramatic, because he suffers enough at the moment.”

“The good news we have is that apparently it will not need surgery. It’s a partial rupture of his tendon. But how long does it take, two months to three months, we don’t know. At the moment we are all of course shocked, and he is the most shocked. We have to be patient and hope that it was not his last game.”

The boss also gave an update on Welbeck and confirmed the attacker is set to make his comeback for the under-21’s against Brighton this afternoon after finally overcoming a knee injury that’s kept him on the sidelines since way back in April 2015.

After spending nearly 10 months on the sidelines, Wenger says he’ll need to get two or three games under his belt before he’ll be considered for the first team, but should be available within the next three weeks.

“I believe he needs to play two or three games before thinking about coming back in the first team. He hasn’t played for 10 months basically, so we need to be a bit patient with him.

“He has a good basic fitness, but after it’s about competitiveness, decision-making. And he has to get used to that again. But I think in the next three weeks he should be available.” Wenger is quoted as saying by ESPN

As long as Welbeck doesn’t suffer any setbacks, he should be in a position to return to the squad later this month. The FA Cup clash against Hull on the 20th will probably come too soon so the 25-year-old may be looking at the first leg of our Champions League tie with Barcelona on the 23rd as his comeback date, or failing that, the trip to face former club Man Utd on the 28th.