Both teams will be looking to give their Premier League title chances a major boost when Manchester City entertain Tottenham Hotspur on Sunday afternoon.

City saw their title hopes dented with a 3-1 defeat at home to Leicester City last weekend which has left them sitting down in fourth place and seven points adrift of the league leaders.

With games running out and Leicester’s unbelievable form showing no sign of relenting, I think Manuel Pellgrini will be looking at this game as a ‘must win’ if they’re to get themselves back in the race.

Spurs head in to the game as one of the in-form teams in the division with last weekends 1-0 win over Watford keeping them second in the table and six points adrift of Leicester.

With the top four all playing each other tomorrow, I think it’s fair to say we’ll know a lot more about the title race come Sunday evening.

City are set to welcome back captain Vincent Kompany after he recovered from a long-term calf problem and came through a run out in a friendly game last week.

David Silva has also been passed fit despite picking up an ankle knock last weekend but Fabien Delph has been ruled out for at least six weeks with an achilles injury.

Bacary Sagna is also out with a knee problem so he joins Eliaquim Mangala, Samir Nasri, Wilfried Bony, Jesus Navas and Kevin De Bruyne on the sidelines.

Spurs are without defender Jan Vertonghen due to a long-term knee injury so Kevin Wimmer should continue alongside Toby Alderweireld at the back. 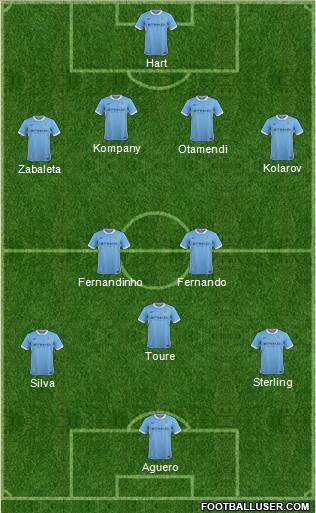 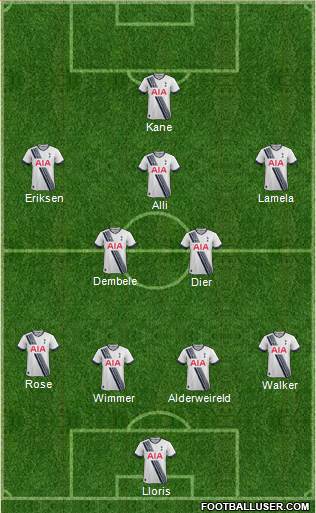 Man City 1-0 Tottenham: Spurs have been in great form of late and will no doubt be a stiff test for City tomorrow, but I have a sneaky feeling the home side are going to edge this one.

Man City are the are the 11/10 favourties with the bookmakers but Football-Talk can get you enhanced odds of 5/1 on a home win or 10/1 on a Spurs win – just click here to take advantage of these incredible odds. My prediction of 1-0 is on offer at 8/1 while I also like the look of Aguero opening the scoring at odds of 7/2. If you combined those two bets in a score-cast then we get very tempting odds of 18/1.