Arsenal have it all to do after Lionel Messi scored twice as Barcelona left the Emirates with a 2-0 win on Tuesday night. Here are my ratings from the game: 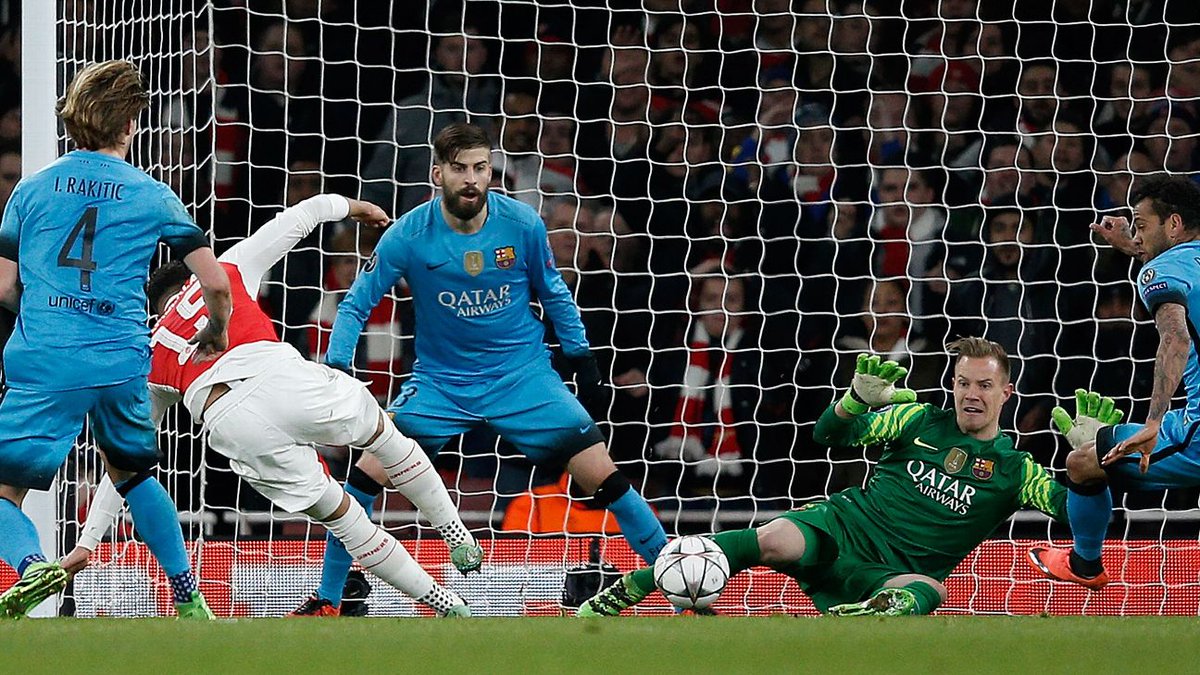 Arsenal have it all to do if we’re to remain in the Champions League after Lionel Messi scored twice as Barcelona left the Emirates with a 2-0 win on Tuesday night.

Alex Oxlade-Chamberlain missed the best chance of a goalless first half and we were made to pay as Barca took control of the tie with two second half goals from the worlds best player.

Cech  7.5/10 | A calm head at the back and made a superb stop to deny Neymar at 0-0 but was left badly exposed for the first Messi goal.

Bellerin  7/10 | Kept his discipline and curbed his attacking instincts to deal with the deadly Barca attack.

Mertesacker  7/10 | Was excellent in the first half but his concentration slipped after the break as he was dragged well out of position for the first goal and his sloppy clearance led to the penalty.

Koscielny  8.5/10 | A colossus at the back as Koscielny made countless interceptions and blocks to try and keep the visitors at bay. Didn’t deserve to be on the losing side.

Monreal  7.5/10 | Recovered from a silly early booking to put in an excellent shift against Messi and Suarez. Could perhaps have done better for the first goal though.

Coquelin  7.5/10 | Played a key role in stifling Barcelona for long periods as his presence in front of the defence limited the space for the likes of Messi to operate in.

Ramsey  6.5/10 | Nobody worked harder than Rambo but his frustrating form in the final third continued as he missed a couple of chances and was poor in possession.

Oxlade-Chamberlain  5/10 | Missed our big chance at 0-0 in the first half. He simply has to show more composure in the big games. Picked up an injury after a poor touch allowed Mascherano to make the tackle to prevent a dangerous counter-attack.

Özil  6/10 | Put in a disciplined display in the first half but like many of his team mates, he lost his head a little after the break. Was clearly frustrated he wasn’t allowed to showcase his talent.

Alexis  6/10 | His worrying form continues as Alexis just didn’t look on his game. Clearly wanted to impress against his former side but wasn’t able to make an impact other than working hard defensively.

Giroud  6.5/10 | Worked his socks off to close down the Barca defence when in possession and almost scored with a header that was well saved.

Flamini 4/10 | Stupid challenge gave away the penalty that pretty-much killed the tie just seconds after coming off the bench.

So it was a familiar story as Arsenal did well for long periods, missed some chances and made a couple of needless errors at the back. We now head to the Nou Camp needing to score at least twice and hope to keep out the best team in the world….probably best we focus our attention on the Premier League.