Liverpool will look to book their place in the last-16 of the Europa League when they take on Augsburg at Anfield tonight.

The Reds were held to a 0-0 draw in the first leg in Germany last week and although they would have been disappointed not to get a crucial away goal, the Meserysiders will still be heavy favourites to progress on home soil this evening.

Jurgen Klopp has vowed to take the competition seriously as it’s a potential route in to the Champions League next season and he’ll resist the temptation to rest any of his key men ahead of Sunday’s Capital One Cup final with Manchester City.

Liverpool should be well-rested as they enjoyed the weekend off following the first leg having already crashed out of the FA Cup while Augsburg picked up a useful 1-0 win over Hannover on Sunday.

Liverpool will be without defender Dejan Lovren as the Croatian international has been struck down with illness having only recently returned to training following a hamstring injury.

Adam Lallana remains out with a calf injury while Joe Allen and Martin Skrtel are still out with hamstring problems so the trio will sit this one out.

Klopp is expected to field his strongest side and we could see the same eleven start tonight that lined-up in Germany last week.

As for Augsburg, they’re suffering an injury crisis with top scorer Raul Bobadilla out with a thigh injury while Markus Feulner will miss the game with a cheekbone problem. 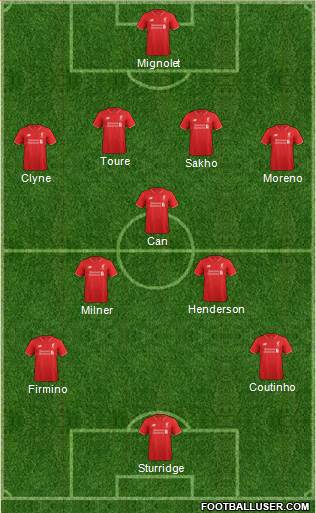 Liverpool 2-0 Augsburg: The Reds have been plagued by inconsistent form this season but I fancy them to ease past an injury-hit Augsburg side on home soil tonight. As long as Klopp sticks to his word and plays his strongest side, then I can see Liverpool winning this 2-0.

Liverpool are the 4/11 favourites but Football-Talk can get you enhanced odds of 4/1 on a Liverpool win – just click here to take advantage of this limited time offer . My prediction of 2-0 is available at odds of 11/2 while I also like the look of Sturridge to open the scoring at 10/3. If you combined those two bets in a score-cast then we get very tempting odds of 12/1.