Liverpool and Manchester City will contest this season’s first piece of silverware when they face-off  in Sunday’s Capital One Cup final at Wembley.

The Reds have endured a tough route to the final having needed penalties to get past Carlisle in the first round before seeing-off Bournemouth and Southampton and once again needing a shoot-out to get past Stoke City in the semi-finals.

City on the other hand have enjoyed a relatively simple path to Wemlbey having breezed past Sunderland, Crystal Palace and Hull City before beating Everton 4-3 in their thrilling semi-final tie.

Liverpool’s last taste of silverware came in the League Cup with victory over Cardiff City in 2012 while City last won the trophy in 2014 as part of a Premier League and League Cup double.

The Merseysiders warmed up for the game with a narrow 1-0 Europa League victory over Augsburg at Anfield on Thursday night while City endured a gruelling trip to Ukraine where they beat Dynamo Kiev 3-1 in the first leg of their Champions League last-16 tie.

Liverpool have been boosted with the news that Adam Lallana is back in full training after recovering from a calf injury while Joe Allen is also training again following a hamstring injury, but neither is expected to be fit enough to start tomorrow.

Martin Skrtel could return to the squad while Dejan Lovren is also available again after recovering from illness but Jurgen Klopp may stick with Kolo Toure as he’s performed well alongside Mamadou Sakho at the back recently.

Man City have also been handed a triple injury boost with Wilfried Bony, Jesus Navas and Eliaquim Mangala all returning to full training last week and should be available for selection.

Vincent Kompany, Raheem Sterling and Bacary Sagna should all be fit to start despite training away from the main group at training on Friday while Manuel Pellegrini has vowed to stick with Willy Caballero in goal for the final.

However, Fabian Delph, Kevin De Bruyne and Samir Nasri are all long-term absentees. 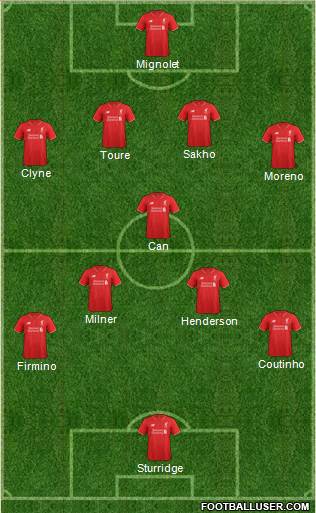 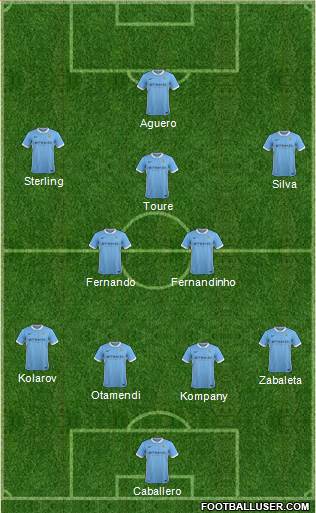 Liverpool 1-2 Man City: Both sides have been plagued by inconsistent form this season but I just have a feeling City are going to just edge this one as long as they don’t suffer a hangover from their European exploits in midweek. It’s going to be a close game and Liverpool will feel confident they can cause City problems, especially with Caballero in goal, but I think the Citizens will have just enough to secure a 2-1 win.

Man City are the narrow 13/10 favourites but Football-Talk can get you enhanced odds of 7/1 on City win or 9/1 on a Liverpool win – just click here to take advantage of this limited time offer . My prediction of 2-1 to City is available at odds of 17/2 while I also like the look of Aguero to open the scoring at 4/1. If you combined those two bets in a score-cast then we get very tempting odds of 22/1.