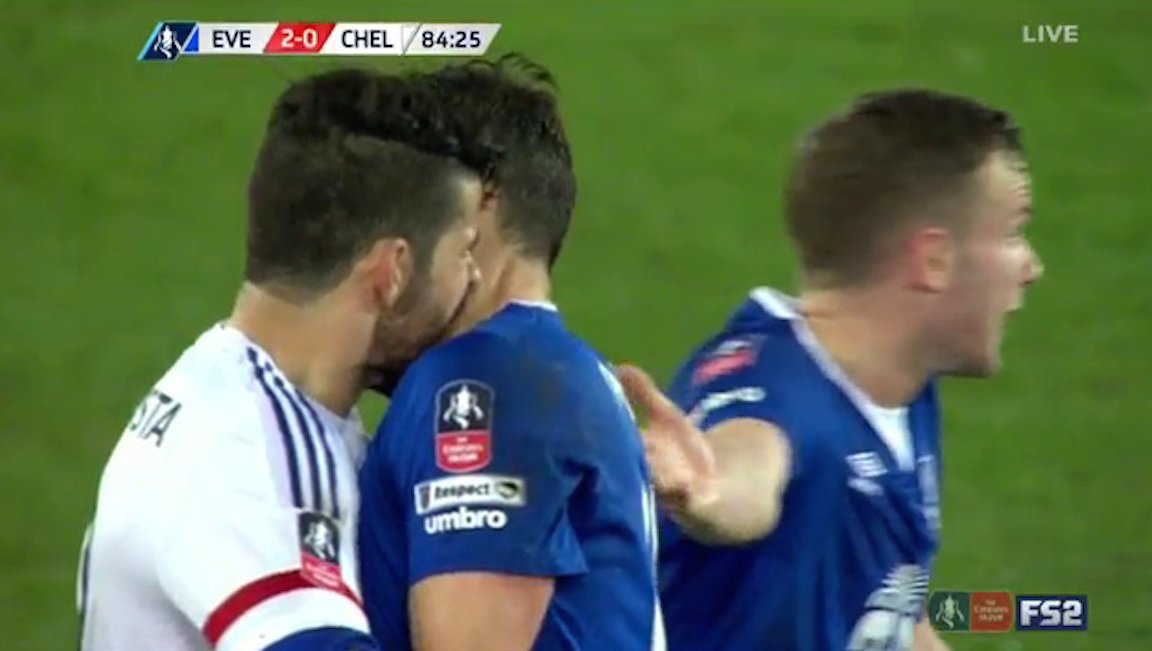 Diego Costa could be in serious hot water with the FA after being sent off for appearing to bite Gareth Barry during Chelsea’s 2-0 FA Cup defeat to Everton on Saturday evening.

The Spanish international was once again at the heart of the action throughout the match and was booked for an early foul by referee Michael Oliver. As you can see from the video below, Costa then appeared to spit towards the feet of the official.

If that wasn’t bad enough, tempers then flared during the closing stages at Goodison Park as just minutes after Chelsea had fallen 2-0 behind, Costa reacted angrily to a foul from Barry, jumping to his feet and pushing his head into the Everton midfielders face.

The striker then appeared to open his mouth and briefly bite Barry’s neck, before sarcastically hugging the Toffees veteran. Barry didn’t react but that didn’t stop referee Oliver from brandishing Costa a second yellow card and sending him off for the first time in his career.

I’m sure the FA will now look in to the incident and Costa will face a lengthy if found guilty, with Luis Suarez handed a 10-game ban after being found guilty of biting Branislav Ivanovic in 2013.

While the video below is inconclusive, the fact Barry didn’t react and there is no obvious sign of a bite mark on the midfielders neck could suggest that Costa didn’t actually sink his teeth in to his neck.

However, if the FA don’t act on either the spit or the alleged bite, then they may choose to take action on Costa after he also aimed a gesture towards the Everton fans as he left the field.

It was clearly a disappointing night for not only Costa, but also Chelsea as they crashed out of the FA Cup following a 2-0 defeat to Everton. 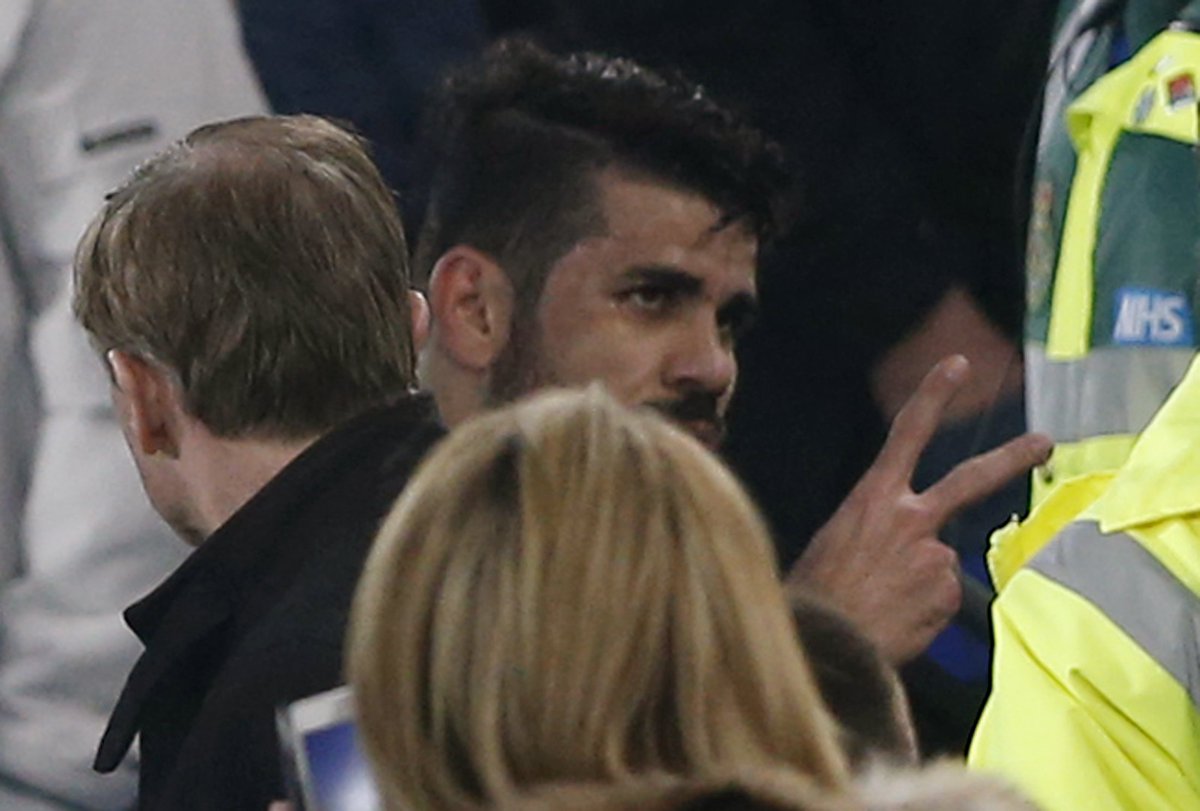 Costa gestures towards the Everton fans

Costa is a disgrace. How can you spit at the reff like that? pic.twitter.com/BdJGQgFwFz