How Do You Solve a Problem Like Diego Costa?

Here we take a look at how the new Chelsea manager will deal with the worrying form and behaviour of striker Diego Costa next season. 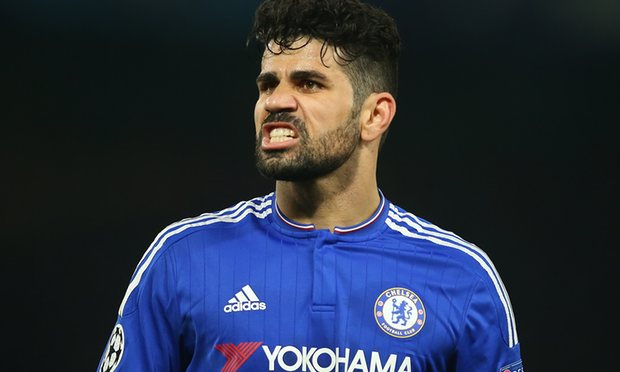 Chelsea’s FA Cup defeat to Everton was the final nail in the coffin. It’s been a disastrous campaign for the Blues, who have surrendered their Premier League title in the most meek manner possible whilst again flattering to deceive on the European stage. Their latest cup exit means Chelsea have nothing to play for until August and the beginning of next season.

Chelsea’s new manager faces a whole host of problems. A creaking backline is in need of serious upgrading, while the dismal showings of Nemanja Matic and Cesc Fabregas have allowed their underbelly to be sliced open on too many occasions. Of all the challenges faced by the incoming coach though, perhaps the most pressing is the continuing form and behaviour of striker Diego Costa.

In last nights clash, the forward was shown attempting to bite Everton’s Gareth Barry. The Spaniard’s reaction to a fairly innocuous challenge was typical of a player who, it seems, can’t tell the difference between controlled aggression and blind rage when things aren’t going his way. The incident was the culmination of an ineffective performance, where the frontman never looked like threatening Everton’s Phil Jagielka or Ramiro Funes Mori.

Costa’s outburst is the latest in a long line of controversial incidents, a litany of which you can watch below. The Lagarto-born forward has always been temperamental, but his goalscoring form has mostly provided enough reason for his to be the first name on the Chelsea team sheet despite questions hanging over his character.

Last season, Costa’s 20 league strikes were enough to fire Chelsea to the title. This year, his middling return of 11 goals reflects an indifference that has characterised most of his appearances in a Chelsea shirt of late. His early-season form in particular was lamentable, as he led a clutch of players whose dire displays brought about the end of José Mourinho’s second spell at the club.

With Antonio Conte the bookie’s favourite to take the Chelsea hot seat next summer, a decision will need to be made on whether Costa can fit into the new regime.

Conte famously demands that his players give all for the shirt.  Passion is something that nobody can accuse the forward of lacking, but his inconsistent performances and violent outbursts are things that the former Juventus coach will regard with alarm.

Can he be relied upon to lead a Chelsea’s title charge next season? Recent rumours have suggested that Costa would prefer a move back to Spain and Atlético Madrid. At 27, Chelsea bigwigs may also be considering the prospect of a big money transfer for player whose sell-on value is declining each year.

If he does stay, he will certainly be facing increased competition as Conte looks to strengthen a meagre Blues front line. Recent rumours have linked the Cobham outfit with moves for Gonzalo Higuaín and Edinson Cavani, both of whom would prove real threats to his automatic place in the starting eleven. The one thing that may be in his favour is Conte’s preference for playing two forwards, but it remains to be seen whether he could usurp players of the Argentinian and the Uruguayan’s calibre, if they do join.

How do you solve a problem like Diego? It remains to be seen whether this is a problem that can be fixed at all. No matter who leads the front line, Chelsea fans will he hoping that their team can march straight back to the Premier and Champions League next season.