Liverpool take on Everton at Anfield this evening. Here’s a preview with team news, likely line-ups, betting tips and predicted score for the game

Liverpool welcome Everton to Anfield this evening for the 226th Merseyside derby with both teams having little left to play for other than pride.

The Reds warmed up for the game with a hard fought 2-1 victory at Bournemouth on Sunday but despite that win they still sit eighth in the Premier League table and nine points adrift of the top four.

With Champions League qualification looking unlikely, Liverpool would be forgiven for having one eye on next weeks Europa League semi final first leg against Villarreal, but Jurgen Klopp insists his side are focussed on beating their city rivals tonight.

Everton have endured a tough season in the league with Saturday’s 1-1 draw with Southampton leaving the Toffees languishing down in 11th position, with no chance of sneaking a European qualification place.

However, the visitors do have a huge FA Cup semi-final against Manchester United coming up on Saturday so Roberto Martinez is going to want his players to head to Wembley on a high with a positive result at Anfield this evening.

Liverpool have been handed a boost with Divock Origi passed fit despite picking up a minor back problem against Bournemouth last time out and the Belgian is favourite to start up front ahead of Daniel Sturridge.

Martin Skrtel could miss out with a groin problem that ruled him out of the trip to Dean Court but Kolo Toure is expected to be in the squad after suffering cramp at the weekend.

Emre Can has been ruled out for the rest of the season with an ankle injury so he joins Jordan Henderson, Christian Benteke, Danny Ings and Joe Gomez on the sidelines.

Klopp is expected to recall a number of first team players with the likes of Simon Mignolet, Mamadou Sakho, Dejan Lovren, Nathaniel Clyne, Alberto Moreno, Philippe Coutinho and Adam Lallana all set to return after being rested.

Everton make the short trip to Anfield without full-back Seamus Coleman after he was ruled out with a hamstring injury while Phil Jagielka is also out with the same issue. 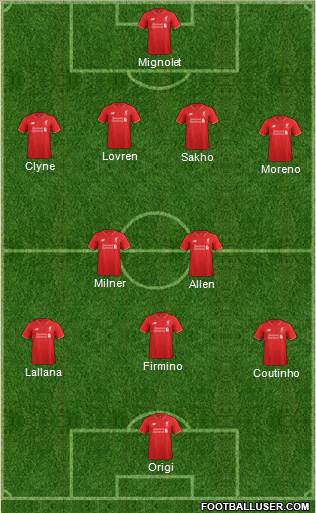 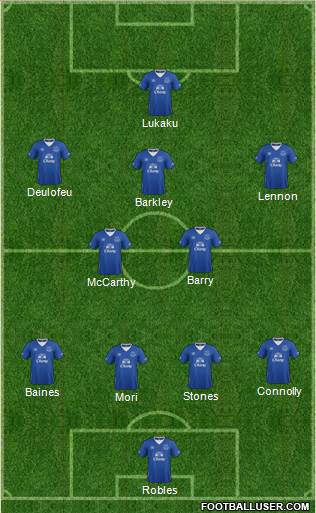 Liverpool 2-0 Everton: While the two teams may have little left to play for in the league, this game is always important and the managers will ensure the players are up for it. Everton have injury problems in defence while Liverpool are really starting to click under Klopp, so I can’t see past a home win here.

For those using mobile apps for betting, it couldn’t be easier to place your bet for tonight’s game but make sure you get in early to ensure the best odds. Liverpool are the 4/6 favourites to win the game but Football-Talk can get you enhanced odds of 5/1 on a home win.  My prediction of 2-0 to Liverpool is available at odds of 8/1 while I also like the look of Origi to open the scoring at 9/2. If you combined those two bets in a score-cast then we get very tempting odds of 22/1.