Diego Costa could be in hot water again after being accused of biting a Tottenham player’s hand during the melee which preceded the 2-2 draw last night.

Chelsea striker Diego Costa could be in hot water again after being accused of biting a Tottenham player’s hand during the melee which preceded the bad tempered 2-2 draw last night.

Costa had already been involved in a couple of incidents with Kyle Walker and Jan Vertonghen during the game, but the striker was then right at the center of an ugly brawl after the final whistle.

As the two sets of players made their way from the field, it all kicked off after Guus Hiddink was barged to the ground by Danny Rose [watch that incident here]. Costa jumped in to defend his manager by grabbing Rose before back-up Spurs goalkeeper Michel Vorm waded in.

Costa and Vorm were locked in a heated grapple as players and staff from the two sets of clubs clashed in front of the tunnel and the footage below appears to show Costa biting the hand of Spurs defender Jan Vertonghen as he tries to pull Costa away from behind.

This is one of several incidents sure to be looked at by the FA today after a feisty London derby boiled over as Chelsea came from two goals down to draw 2-2 and end Tottenham’s hopes of winning the Premier League title.

The footage is inconclusive but fans have been debating the incident on social media sites like Twitter with many calling for the Spanish international to be charged by the FA. If Costa is found guilty, he can expect a lengthy ban.

Here are some photos and videos of the incident: 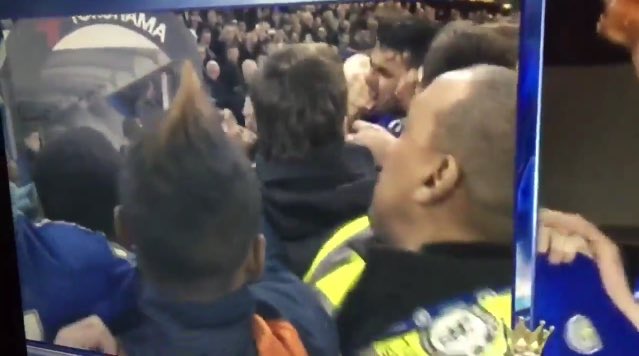 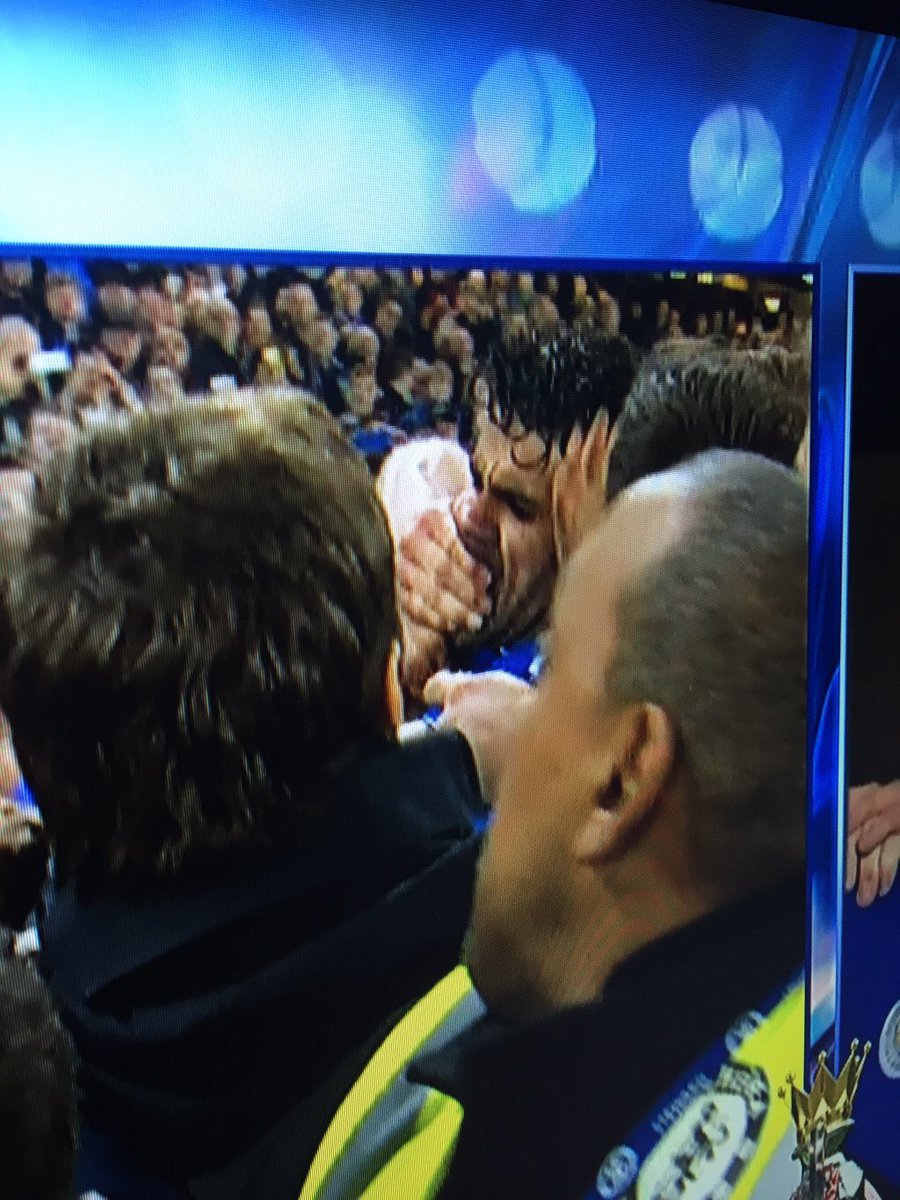