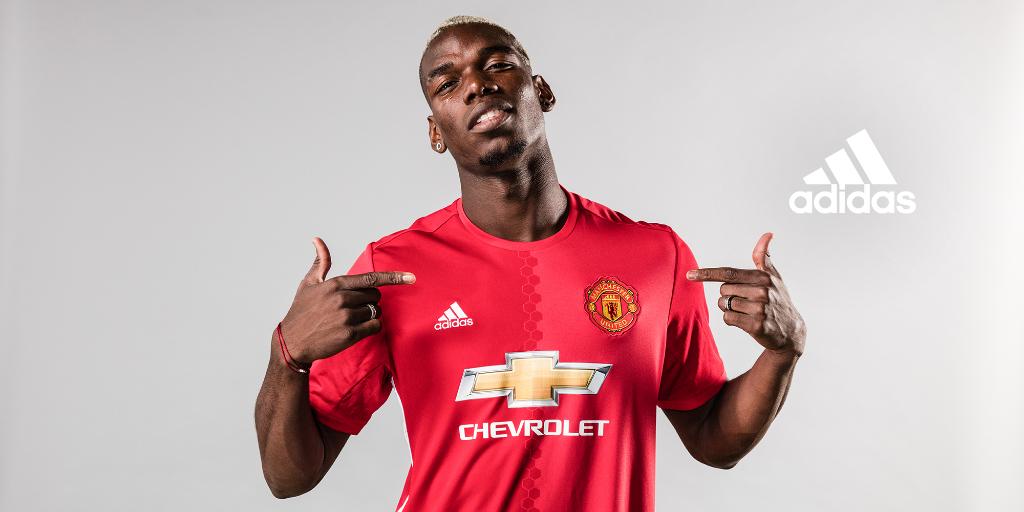 Paul Pogba finally completed his world record move back to Old Trafford with Manchester United announcing the deal in the early hours of Tuesday morning.

Fans have already been speculation how Jose Mourinho is going to fit the French international in to his team, so here is how I think we’ll see United line-up this season:

Defence: Summer signing Eric Bailly has impressed in pre-season so I expect the young Ivory Coast international to play a prominent role this season and start alongside Chris Smalling in the majority of games.

Luke Shaw will start the season as United’s first choice left-back after recovering from his horror leg break but it’s going to be interesting to see who’s selected at right-back. Timothy Fosu-Mensah and Matteo Darmian are both in contention but I think Antonio Valencia will get the nod.

Midfield: If Mourinho decides to play a 4-2-3-1 formation this season then I see new signing Pogba starting in the two-man midfield. The 23-year-old is a box-to-box type so he’ll want license to get up and down the pitch meaning Michael Carrick may be his preferred partner, particularly in the big games.

Morgan Schneiderlin will no doubt play his part as Carrick won’t be able to play every match while Ander Herrera and Marouane Fellaini will also push for starts, but I see Pogba and Carrick as the first choice pairing in the middle of the park.

Attack: Mourinho has suggested that he see’s Wayne Rooney as a forward so I expected the skipper to be deployed in the No.10 role behind Swedish sensation Zlatan Ibrahimovic. There is plenty of pressure on Rooney to perform and keep his place but the 30-year-old should be a regular under Mourinho during the opening weeks of the campaign.

Marcus Rashford and Jesse Lingard will be pushing for starts but in the end I think summer signing Henrikh Mkhitaryn will cement his place in the starting eleven once he’s acclimatised to English football while Anthony Martial will keep his place on the left side of attack.

This is how I think Mourinho’s first eleven will look: 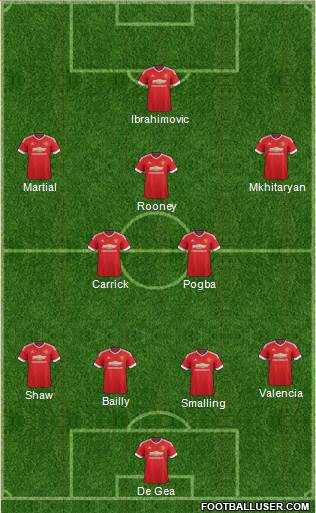 If Mourinho decides to tinker with his formation then we could see Pogba playing further forward in a 4-3-3 but we won’t really get a feel for what the ‘Special One’ is thinking until a few weeks in to the new season.

How do you think United will line-up this year? Where do you see Pogba starting?