Arsenal take on Leicester at the King Power on Saturday. Here’s a preview with team news, likely line-ups, betting tips and predicted score for the game

Arsenal will look to bounce back from their opening defeat to Liverpool when we take on Leicester City at the King Power on Saturday evening.

It was a hugely disappointing start to the new season last weekend as we let slip a one-goal lead to go down 4-3 to a very beatable Liverpool team at the Emirates Stadium.

Another defeat at the champions tomorrow would heap even more pressure on Arsene Wenger with the boss understandably coming under criticism from a growing number of supporters for not investing more money in the squad this summer.

Wenger knows he needs a positive result at the King Power tomorrow to keep his critics at bay and give him time to bring in the two additions we sorely need to make us competitive this season.

Leicester will also be desperate to get back on track after suffering a 2-1 defeat at Hull City last weekend and this really doesn’t have the feel of a game that’s going to be contested between last seasons top two.

Wenger has hinted that he’ll take a gamble on Laurent Koscielny so the French international should line-up in defence with Calum Chambers arguably the favourite to keep his place ahead of Rob Holding.

The boss was less clear about whether Mesut Ozil and Olivier Giroud would start but I think we’ll see them left on the bench as Wenger suggested it would be too big a gamble to start all three after only having two weeks preparation for the game.

Granit Xhaka is being eased in to Premier League football so he may have to wait to make his full debut while Aaron Ramsey and Alex Iwobi have been ruled out until after the international break next month.

Danny Welbeck, Per Mertesacker, Carl Jenkinson and Gabriel remain out with long-term injuries.

Unsurprisingly, Leicester have no injury concerns to worry about and Robert Huth is set to return from a one-game suspension.

BACK ARSENAL TO BEAT LEICESTER AT CRAZY ODDS OF 8/1 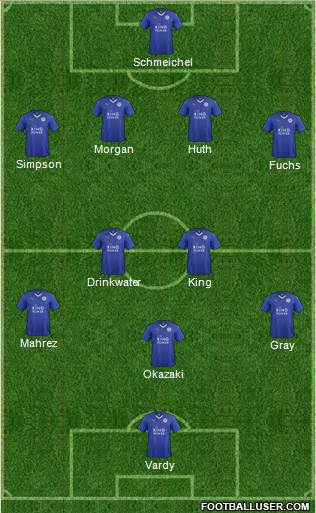 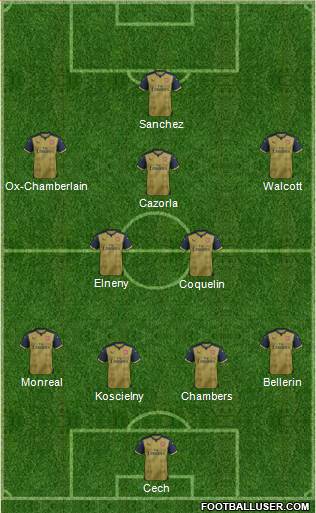 Leicester 1-1 Arsenal: We won both games against Leicester last season but I’m not sure we’re going to make it a hat-trick of victories as they’ll be desperate not to lose their first game at home as defending champions. We were shocking at the back last week but Koscielny’s return will be a huge boost and I think we’ll come away with a hard fought point.

Arsenal are the narrow 6/4 favourites to win the game but Football-Talk can get you enhanced odds of 8/1 on the Gunners – just click here to take advantage of these incredible odds.