Chelsea are eyeing a swoop for a £25m-rated international striker as Antonio Conte looks to bring in his third major signing of the summer.

The summer transfer window is drawing to a close so we’ll bring you all the latest transfer rumours and gossip from around the globe. Today, Chelsea are linked with Mario Mandzukic… 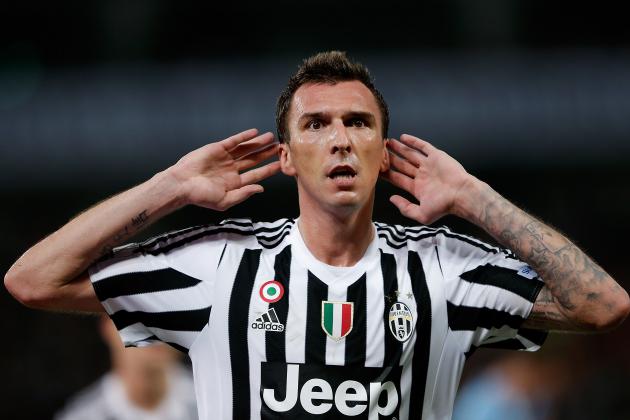 Chelsea are eyeing a late swoop on Juventus for £25m-rated hitman Mario Mandzukic after Antonio Conte gave up his attempts to re-sign Everton striker Romelu Lukaku, according to the Mirror.

Conte is looking to bring in an established forward to compete with Diego Costa and youngster Michy Batshuayi during the closing days of the window with Loic Remy expected to depart to make room for the new arrival.

Lukaku has been widely touted as Chelsea’s prime target with the Telegraph reporting just last week that the Blues were still in negotiations to try and lure the Belgian international back to Stamford Bridge two years after he joined Everton on a permanent basis.

However, Chelsea were struggling to agree a deal with the Toffees and it emerged over the weekend that Lukaku had decided he wanted to remain at Goodison Park for at least another season leaving Conte needing to move on to other targets.

The Mirror claim that the Blues are now targetting a move for Mandzukic with Juventus understood to value the 30-year-old at around £25m – which is a third of the £75m fee Chelsea were being quoted for Lukaku.

Mandzukic only moved to Turin in a £16m deal from Atletico Madrid last summer and enjoyed reasonable success in Italy having scored 13 goals to help guide Juve to yet another Serie A title.

However, the Croatian international looks set to fall down the pecking order following the arrival of Gonzalo Higuain and Conte could be about to raid his former club and offer Mandzukic the chance to try his luck in England.

If the Italian tactician is looking for an experienced proven striker then Mandzukic would fit the bill perfectly and I think he’d prove to be an excellent signing for Chelsea if they manage to get a deal done.

Although he’s not light-up Serie A since joining Juventus, he’s always been prolific throughout his career having scored 151 goals in 318 games during spells with Dinamo Zagreb, Wolfsburg, Bayern Munich and Atletico Madrid prior to him move to Turin.