Arsenal secured a comfortable 2-0 victory over FC Basel at the Emirates on Wednesday night with Theo Walcott scoring both goals. Here are my ratings: 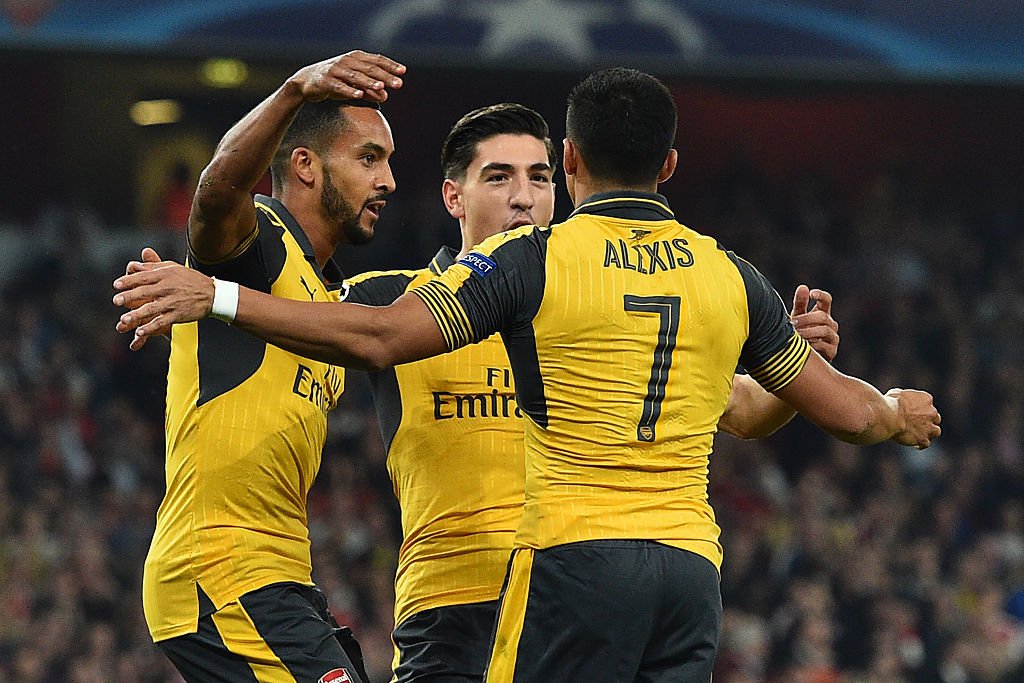 Arsenal secured a comfortable 2-0 victory over FC Basel at the Emirates on Wednesday night with Theo Walcott scoring both goals.

The England attacker opened the scoring with a rare header following an excellent Aleixs Sanchez cross before the pair combined again to see Walcott fire home the second midway through the first half during a routine win.

Ospina  7/10 | Wasn’t called upon like he was against PSG but still managed to make a couple of decent stops.

Bellerin  7.5/10 | Heavily involved going forward and combined well with the likes of Walcott and Alexis.

Mustafi  7.5/10 | Continued his excellent start to life at Arsenal with another dominant display at the back.

Koscielny  7/10 | Enjoying playing alongside Mustafi and he did his bit to secure another clean sheet.

Monreal  7/10 | Solid in defence and keen to get forward. Almost scored in the first half.

Xhaka  7.5/10 | Played some lovely passes during another impressive display.

Cazorla  7/10 | Neat and tidy in possession in the middle of the park and played a lovely pass in the build up to the opener.

Ozil 7/10 | Involved in plenty of positive moves but just wasn’t his night as he missed a couple of golden chances to score.

Iwobi  7/10 | Some good moments and was inches away from finding the bottom corner with a toe-poke.

Walcott  9/10 | Another superb performance from Theo. Scored both goals and was a constant threat. His desire is clear and it’s paying off.

Alexis  9/10 | Excellent cross for the opener and assisted Walcott’s second. Seems to have got used to the central role and was superb throughout.

Oxlade-Chamberlain 6/10 | Wasted a great chance to score a third goal.

Watch the goals from Arsenal’s win over Basel here

So we move on to four points and with Paris Saint-Germain beating Ludogorets 3-1 in tonight’s other group game, we sit level on points at the top of the table after two games.