Arsenal take on Everton at Goodison Park this evening. Here is a preview with team news, line-ups, betting tips and predicted score.

Arsenal will be looking for the win we need to go back to the top of the Premier League table when we head to Goodison Park to face Everton this evening.

We briefly sat atop of the division following Saturday’s 3-1 win over Stoke City but Chelsea reclaimed first place and opened up a three point gap after beating West Brom the following day.

Victory on Merseyside this evening would once again see us leapfrog our West London rivals and put the pressure on Antonio Conte’s men ahead of their trip to Sunderland tomorrow night, so we can’t afford any slip-ups.

Arsene Wenger will be confident of bringing home a positive result as Everton are in a poor run of form with Saturday’s 3-2 defeat at Watford meaning they’ve taken just two points from their last five league games.

We’ll be without Shkodran Mustafi for the next three weeks after he picked up a hamstring injury against Stoke while Per Mertesacker continues to work on his fitness following a serious knee injury that’s kept him out for the entire season so far.

Therefore, Gabriel is expected to come in alongside Laurent Koscielny in the middle of defence while Kieran Gibbs may get another chance to impress at left-back with Nacho Monreal rested ahead of the Manchester City game.

Aaron Ramsey will miss the trip to Goodison after failing to recover from a hamstring injury that kept him out of the Stoke game and Santi Cazorla remains out with a long-term Achilles problem.

Everton have no fresh injury worries to contend with but Ross Barkley, Aaron Lennon and Enner Valencia are pushing for recalls if Ronald Koeman wants to mix things up. 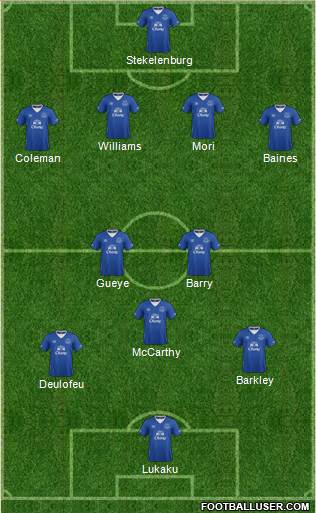 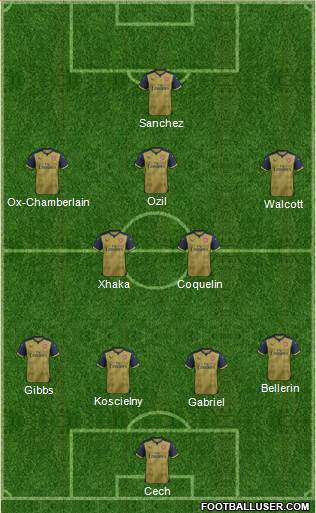 Everton 1-2 Arsenal: We have an excellent record against Everton in the Premier League having won 29 meetings against them – more than against any other team – while we’ve also lost just one of our previous 18 matches against the Toffees. Koeman will be looking for a response from his players but Arsenal are playing good football right now so I’m backing the boys to edge this one.

Betting on football games is never easy as it’s such an unpredictable game, particularly in the Premier League where anybody can beat anybody. Sometimes it feels like you’d be better off heading over to the Euro Palace online casino and playing the Football Star online slot machine as you’d probably have more luck winning some money than betting on football! However, Arsenal are the 10/11 favourites to win the game tonight and I think they’ve got a great chance of taking home the three points.

I think it will be a close game with only one goal separating the two teams but Arsenal to win 2-1 is tempting at odds of 15/2. For even more value if we add Theo Walcott as first goalscorer in a 2-1 win then we get excellent odds of 28/1. A £10 bet would return £290. However, only bet what you can afford to lose.