Manchester United will be looking to keep the pressure on the top four when they take on Middlesbrough at Old Trafford on New Year’s Eve.

The Red Devils have rediscovered their form in recent weeks with the 3-1 win over Sunderland on Boxing Day making it four Premier League victories on the bounce.

That run has seen Jose Mourinho’s side close the gap on fourth-place Arsenal to just four points so United will be desperate to go within one point and put the pressure on the Gunners ahead of their game with Crystal Palace on Sunday.

They’ll be confident of doing so against a Middlesbrough side that come in to the game having lost three of their last four games and sit just  four points off the drop zone in 15th place.

The match has an interesting sub plot as it will see Mourinho come up against Aitor Karanka – who was his assistant for three years during his time in charge at Real Madrid between 2010 and 2013.

United will once again be without Wayne Rooney as the skipper has failed to recover from a thigh injury which kept him out of the win over Sunderland last time out.

Luke Shaw is back in training after recovering from a groin injury that’s kept him out for the last nine matches in all competitions but Mourinho says the left-back isn’t ready to return just yet.

Eric Bailly could be recalled to the starting eleven after recovering from a knee problem while Matteo Darmian may come back in to the side at left-back.

Middlesbrough will be without defender Antonio Barragan through suspension after he picked up his fifth booking of the season while Viktor Fischer remains out with a knee injury. 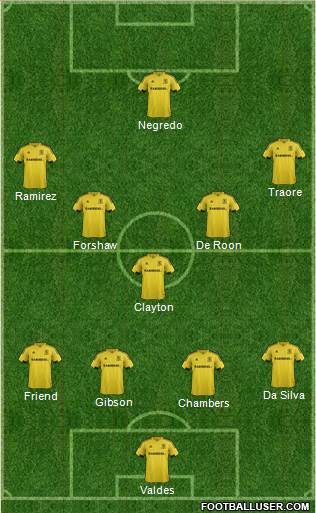 Man Utd 3-0 Middlesbrough: United are back firing again and I really don’t see anything other than a comfortable home victory for the Red Devils. Boro have struggled to score goals all season and I don’t think they’ll be able to keep the likes of Zlatan Ibrahimovic and Henrikh Mkhitaryan quiet at the other end so I’m going for 3-0.

United are the 1/4 favourites to win the game but we can get you enhanced odds of 6/1 on the Reds winning – just click here or below to take advantage of these crazy odds. Here are some other bets I like the look of: