Managers are now making moves to try and strengthen their squads during the January transfer window so we’ll bring you all the latest gossip from around the globe. Today, Chelsea are eyeing a double January swoop….

Chelsea boss Antonio Conte wants to bring in two new wing-backs this month with West Ham’s Michail Antonio and Cologne’s Jonas Hector his prime targets, according to the Times.

The Blues have recently seen their 13-match winning run come to an end with defeat at Tottenham but the West Londoners still sit five points clear at the top of the Premier League table.

Victor Moses has rejuvenated his Stamford Bridge career after impressing as a right-wing back in Conte’s new-look side while Marcos Alonso has proven to be a solid signing following his arrival from Fiorentina in the summer.

With no European football to deal with and the club already out of the EFL Cup, Chelsea don’t have to worry about fixture congestion during the second half of the campaign so it’s no wonder they are the odds-on favourites to reclaim the title.

However, it looks like Conte still isn’t satisfied as the Times claim that the Italian coach is desperate to further strengthen his squad during the January transfer window with two new wing-backs his top priority.

The newspaper says that Michail Antonio is Conte’s prime target after watching the England international establish himself as one of the most dangerous right sided players in the league since joining the Hammers from Nottingham Forest in 2015.

Antonio has scored an impressive 8 goals in 19 league games so far this season after scoring 8 in 26 games last year and his adventurous style down the wing would be ideally suited to Conte’s 3-4-3 formation. 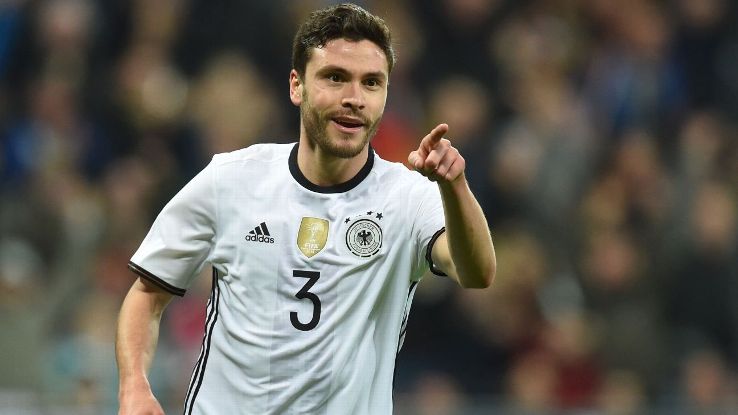 However, West Ham will no doubt be desperate to hang on to Antonio and the clubs owners would do all they can to keep him from joining their London rivals so I think a deal will be difficult to do this month.

Hector on the other hand may be a little easier to acquire from Cologne and I think the German international would be an excellent signing for Chelsea if they were able to get a deal agreed over the coming weeks.

We’ll have to wait and see how things develop but there is no doubt that Chelsea’s squad would look even more formidable if they were successful in signing Antonio and Hector this month.