Chelsea and Liverpool are ready to launch formal bids to try and sign a £20m-rated winger before the end of the month. Find out all the details here

Managers are now making moves to try and strengthen their squads during the January transfer window so we’ll bring you all the latest gossip from around the globe. Today, Chelsea and Liverpool are linked with Leon Bailly… 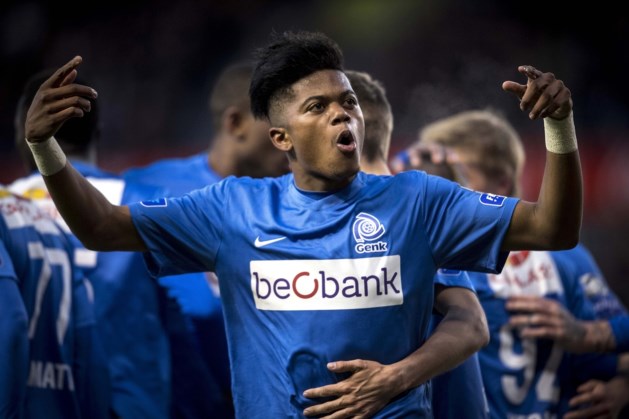 Chelsea and Liverpool are ready to accelerate their interest in Leon Bailly by launching formal bids for the Genk winger before the end of the month, according to the Daily Mail.

Bailly has developed in to one of the most highly-rated attackers in Belgian football over the past 18 months having established himself in the Genk first team following his move from Trencin in 2015.

The 19-year-old has chipped in with 8 goals and 10 assists so far this season and his potential has attracted interest from all across Europe, including here in the Premier League, with the youngster expected to move to a bigger club at the end of the season.

The Daily Mail claim that Chelsea and Liverpool have already registered their interest in the winger and were prepared to battle it out with the likes of Everton, Bournemouth, Lyon and Nice for his signature this summer.

However, the newspaper says that Chelsea and Liverpool are now ready to bring forward their plans to this month after learning that Roma and Bayer Leverkusen are set to test Genk’s resolve with £20m bids.

The Daily Mail suggest that the English giants are desperate not to miss out on Bailly’s signature so are now preparing bids of their own as they look to land the talented winger before the close of the January window.

Genk will no doubt be keen to keep hold of the attacker until at least the end of the current campaign so they may be tempted to agree a deal this month that would see Bailly remain with them for the second half of the season before joining his new club in the summer.

That kind of deal could also suit the likes of Chelsea and Liverpool as Bailly is unlikely to be ready to command a regular first team place at either club just yet so he’d be able to continue his development with Genk for another six months before linking up with whoever won the race for his signature in pre-season.

It’s going to be interesting to see how this develops but Bailly is certainly an exciting talent who looks to have a bright future ahead of him and he won the Belgian Young Footballer of the Year award last season.

The Jamaican U23 international is predominantly used as a right winger but he’s just as comfortable from the left so he’d give Jurgen Klopp or Antonio Conte options in attack if he was to end up joining Liverpool or Chelsea.